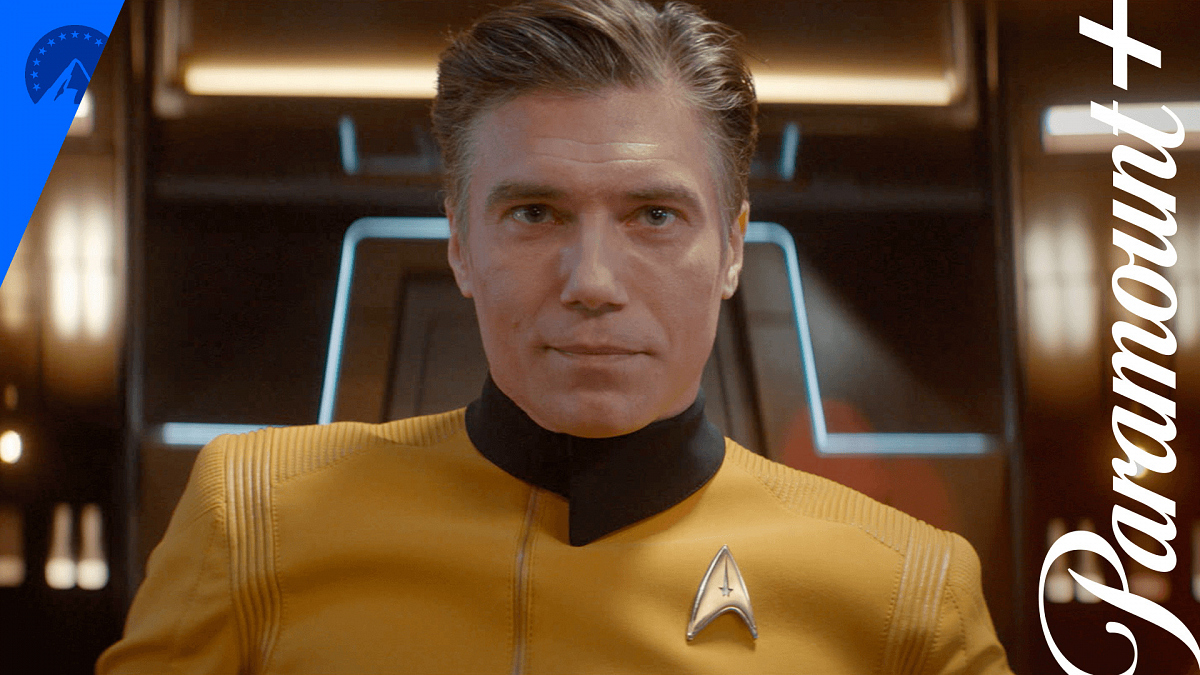 Fans Can Also Enjoy Exciting “Star Trek”-Themed Activations and Immersive Experiences Throughout San Diego, a “Beavis and Butt-Head” Photo Opportunity, Plus Ascend the Official Paramount+ Booth on the Convention Floor

July 8, 2022 –  Paramount+ will bring a mountain of entertainment to this year’s San Diego Comic-Con with a weekend filled with unforgettable panels from fan-favorite series and franchises, featuring exclusive behind-the-scenes conversations and reveals.

The mountain of entertainment continues with a “Star Trek”-themed activation and immersive experience, a Beavis and Butt-Head photo opportunity, and a chance to step inside the iconic Paramount Mountain at the official Paramount+ booth. The celebrations kick-off on Thursday, July 21 and go through Sunday, July 24.

Additional details on Paramount+’s activations and San Diego Comic-Con 2022 panels are below:

The fan-favorite “Star Trek” universe panel returns to San Diego Comic-Con, featuring exclusive back-to-back conversations with the casts and executive producers from STAR TREK: PICARD, STAR TREK: LOWER DECKS and STAR TREK: STRANGE NEW WORLDS as they discuss the latest seasons of their hit series and tease what’s ahead, along with a few reveals and surprises. Moderated by actress and STAR TREK: PICARD season two director, Lea Thompson (“Back to the Future”). 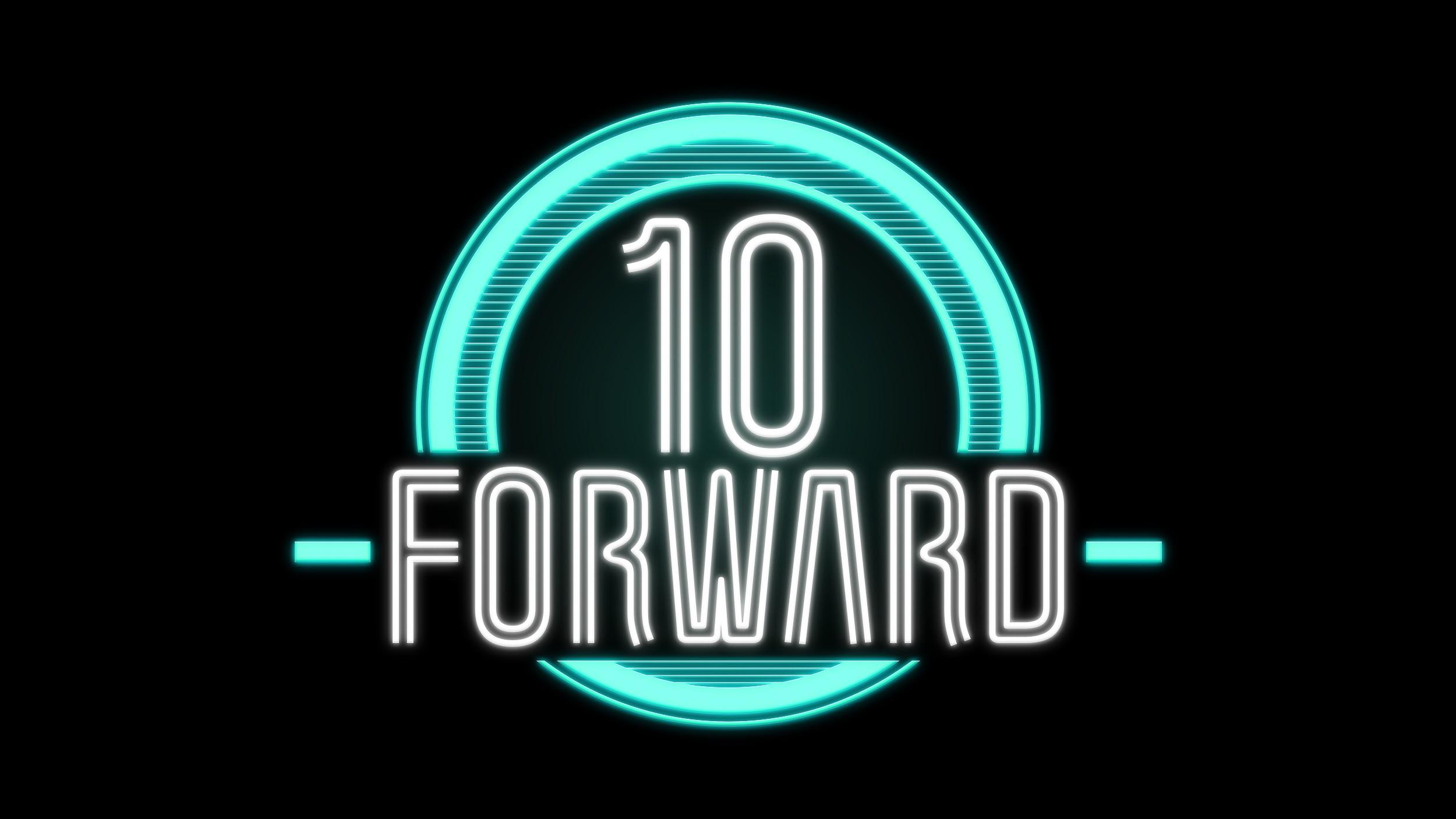 For all of you “Star Trek” fans out there, look no further! Paramount+ is bringing “STAR TREK’S 10 FORWARD: THE EXPERIENCE” to San Diego this July. Step foot inside this one-of-a-kind immersive “Star Trek” experience with tasty food, intergalactic drinks, a multitude of photo opportunities and interactive activations. Walk away with exclusive merch you can only buy at the experience. All species are welcome to attend including Vulcans, Kelpians, Saurians, Cardassians, and Humans. The tickets for “10 FORWARD” sold out quickly, but you can still purchase exclusive merch and enjoy a beverage outdoors in the official “STARFLEET OUTPOST” beer garden. Entry is first come, first served. Live long and prosper! 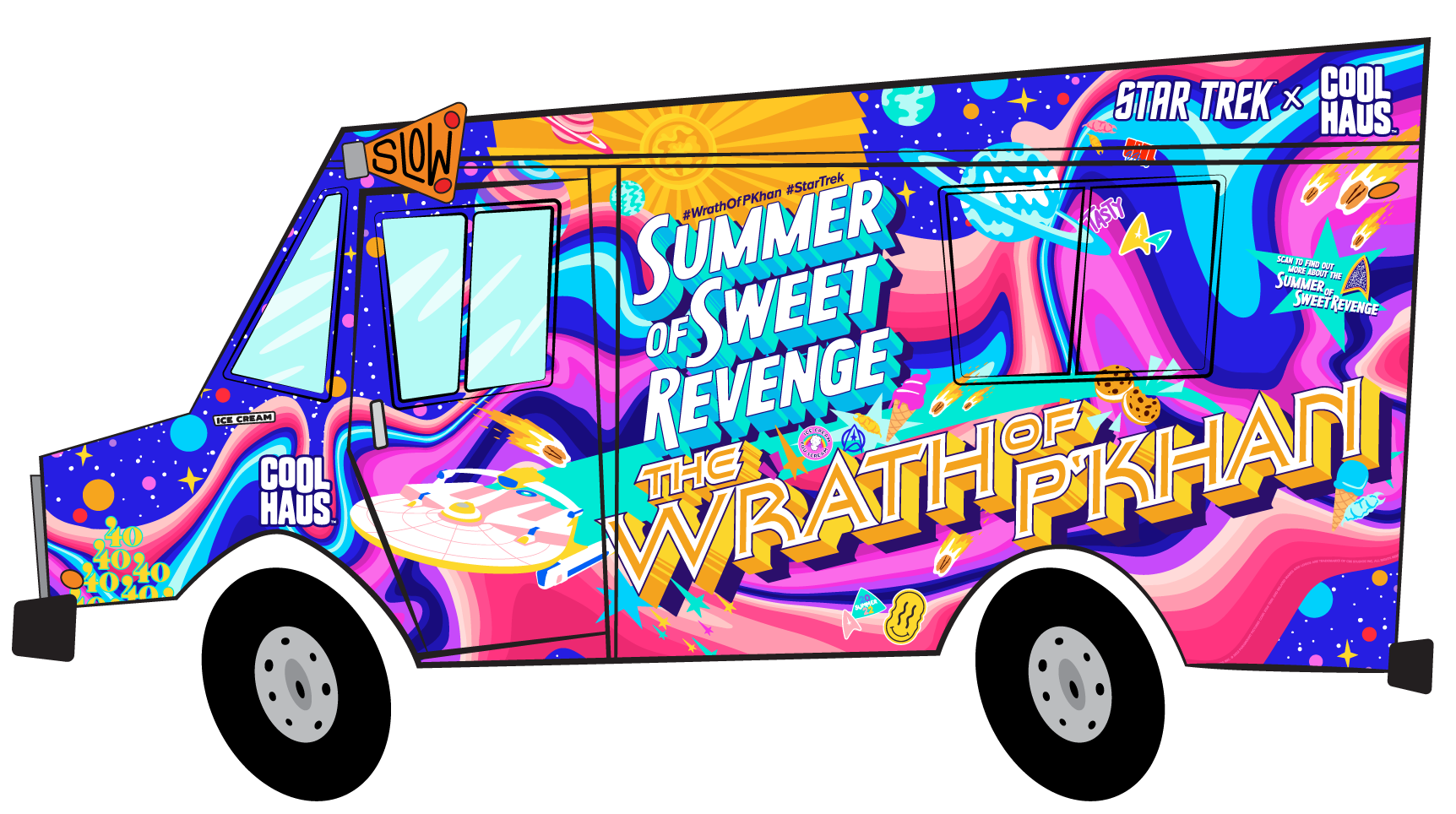 In celebration of the 40th anniversary of “Star Trek II: The Wrath of Khan,” women-owned ice cream brand Coolhaus will be bringing fans in San Diego free, limited-edition Wrath of P’Khan ice cream sandwiches via a branded truck. The film-inspired wrapped truck will be visiting fans on 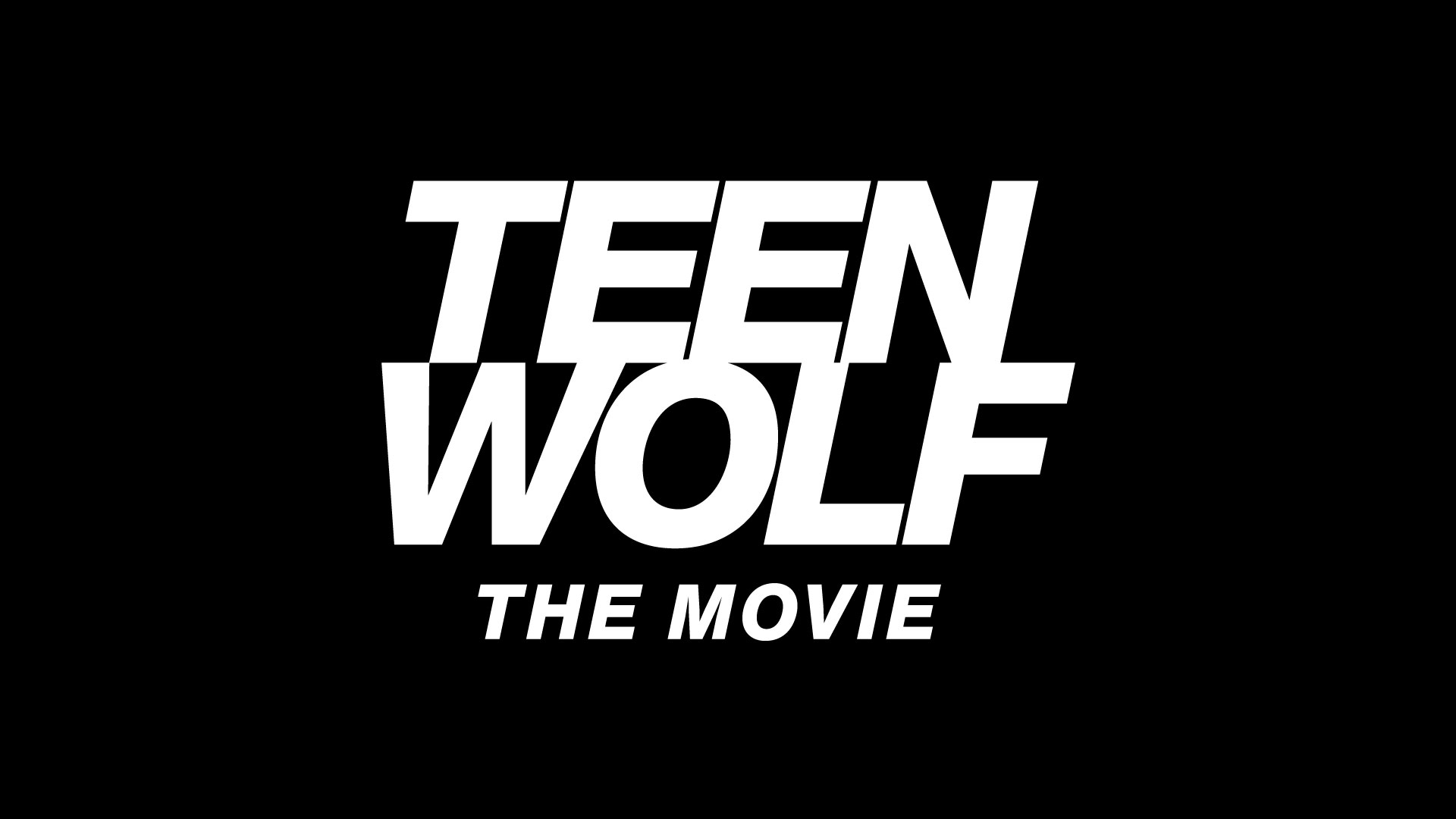 Series creator and showrunner Jeff Davis and “Teen Wolf the Movie” star Tyler Posey, Tyler Hoechlin, and surprise guests preview the upcoming Paramount+ film, while taking a look back at the iconic series that started it all. 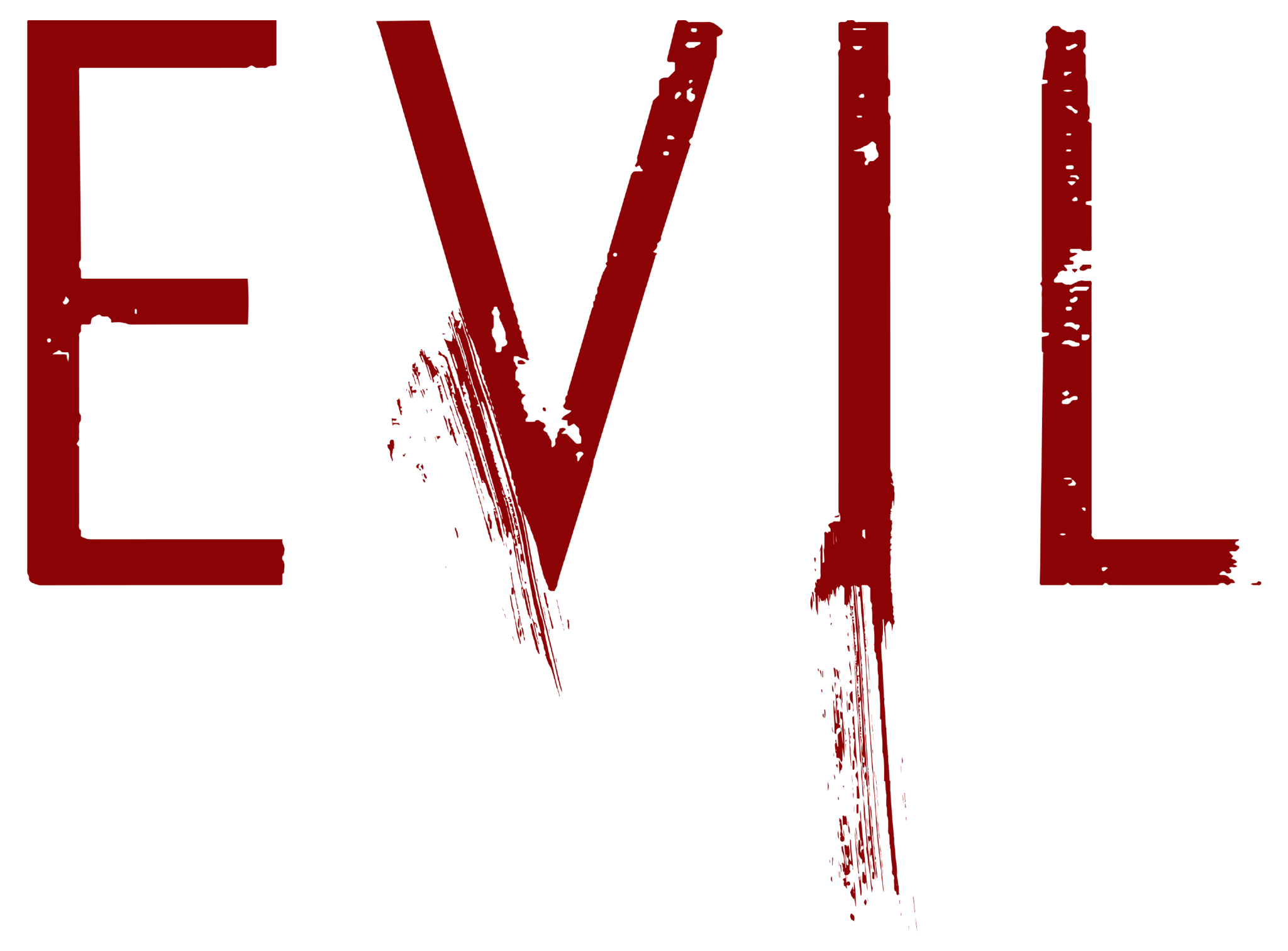 EVIL Exclusive Screening and Panel: Come join the cast of Paramount+’s hit series EVIL! Now in its third season, the critically acclaimed psychological mystery examines the origins of evil along the dividing line between Science and religion. The series focuses on a skeptical female psychologist who joins a priest and a contractor as they investigate the church’s backlog of unexplained mysteries, including supposed miracles, demonic possessions and hauntings. Their job is to assess if there’s a logical explanation or if something truly supernatural is at work. Please join series stars Katja Herbers, Mike Colter, Aasif Mandvi, Christine Lahti and Kurt Fuller for an exclusive sneak peek of an episode from Season Three followed by a panel discussion moderated by Devan Coggan from Entertainment Weekly. 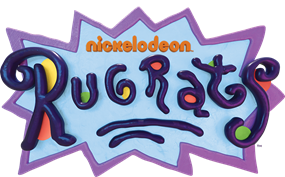 Nickelodeon’s RUGRATS: The Babies Are Back! The Babies are Back! Hold on to your diapies, throw “Cynthia’s Workout” on the stereo, and HALT! for Reptar – your favorite babies are back and better than ever! Join voice talent from the Paramount+ Original Series Rugrats, EG Daily (Tommy), Cheryl Chase (Angelica), and Charlet Chung (Kimi), along with executive producer Eryk Casemiro as they bust out of the playpen to give fans an exclusive look at behind-the-scenes art and sneak peeks of never-before-seen content, perform a live table-read, and provide answers to popular questions. A baby’s gotta do what a baby’s gotta do! Moderated by Jim Viscardi, Executive Editor, Comicbook.com.

SpongeBob SquarePants: Dive Into SpongeBob Universe: Put on your diving suit and get ready to delve deep into Nickelodeon’s “SpongeBob SquarePants” and its two original spinoff series, “The Patrick Star Show” and the Paramount+ Original Series, KAMP KORAL: SPONGEBOB’S UNDER YEARS. Legendary voice talent from all three series – Tom Kenny (SpongeBob), Bill Fagerbakke (Patrick), Jill Talley (Karen, Squidina), Kate Higgins (Narlene), and Carlos Alazraqui (Nobby) —and executive producers Marc Ceccarelli and Vincent Waller will take fans on an undersea adventure to explore these iconic shows and characters and reveal what to expect next from SpongeBob and the denizens of Bikini Bottom. Moderated by Patrick Gomez, Editor-in-Chief, Entertainment Weekly.

Introducing TRANSFORMERS: EARTHSPARK! Autobots, Roll Out! Meet the next generation of heroes in the new original animated series, Transformers: EarthSpark. From Nickelodeon and Entertainment One, the all-new Paramount+ Original Series will showcase an insider event that celebrates a new take on the iconic global franchise with a behind-the-scenes look at art, casting and never-before-seen clips and a first time look at the Hasbro toyline inspired by the series. Featured panelists include all new-series voice talent– Danny Pudi (Bumblebee), Kat Khavari (Twitch) and Zeno Robinson (Thrash)–along with co-executive producer Dale Malinowski and executive producer Ant Ward. Moderated by Mike Cecchini, Editor-in-Chief, Den of Geek.

Paramount+ will be coming to the convention floor with an interactive booth space for fans to experience “a mountain of entertainment.” Fans can scan a QR code located on a mountain sculpt on the outside of the booth to watch their favorite characters come to life from their phone. Once inside the booth, fans will have the opportunity to experience a mountain climb led by some of their favorite characters from “Star Trek,” SONIC THE HEDGEHOG 2, SPONGEBOB SQUAREPANTS and HALO. After making the climb, they will be led to a game where they can win different swag as well as take a photo to share on social media.

Step inside Beavis and Butt-Head’s living room for a photo opportunity with the animated duo.  New merchandise, including items exclusive to San Diego Comic-Con, available for purchase.

Paramount+ combines live sports, breaking news and a mountain of entertainment. The premium streaming service features an expansive library of original series, hit shows and popular movies across every genre from world-renowned brands and production studios, including BET, CBS, Comedy Central, MTV, Nickelodeon, Paramount Pictures and the Smithsonian Channel. The service is also the streaming home to unmatched sports programming, including every CBS Sports event, from golf to football to basketball and more, plus exclusive streaming rights for major sports properties, including some of the world’s biggest and most popular soccer leagues. Paramount+ also enables subscribers to stream local CBS stations live across the U.S. in addition to the ability to stream other live channels: CBSN for 24/7 news, CBS Sports HQ for sports news and analysis and ET Live for entertainment coverage.