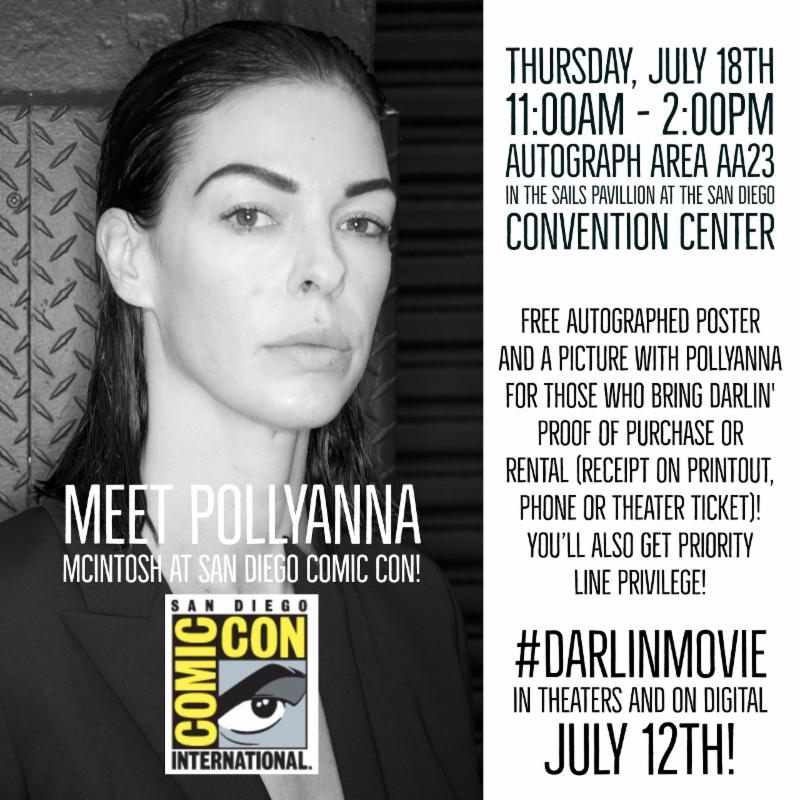 To celebrate the release of her directorial debut, POLLYANNA MCINTOSH (Jadis/Anne, The Walking Dead) will be heading to San Diego Comic Con to meet and greet her fans!

Pollyanna’s directorial debut DARLIN’ will be hitting theaters and digital platforms on July 12th. To celebrate the release, any fan who brings proof of purchase of the film (in the form of a theater ticket stub or receipt of digital purchase) will receive a FREE limited edition poster, which will be autographed by Pollyanna at Comic Con. (photo opps are also available).

Found at a Catholic hospital filthy and ferocious, feral teenager Darlin’ (Lauryn Canny) is whisked off to a care home run by The Bishop (Bryan Batt, AMC’s Mad Men) and his obedient nuns where she is to be tamed into a “good girl.” However, Darlin’ holds a secret darker than the “sins” she is threatened with, and she is not traveling alone. The Woman (Pollyanna McIntosh,  The Walking Dead), equally fierce and feral, who raised her is ever present and is determined to come for her no matter who tries to step in her way.