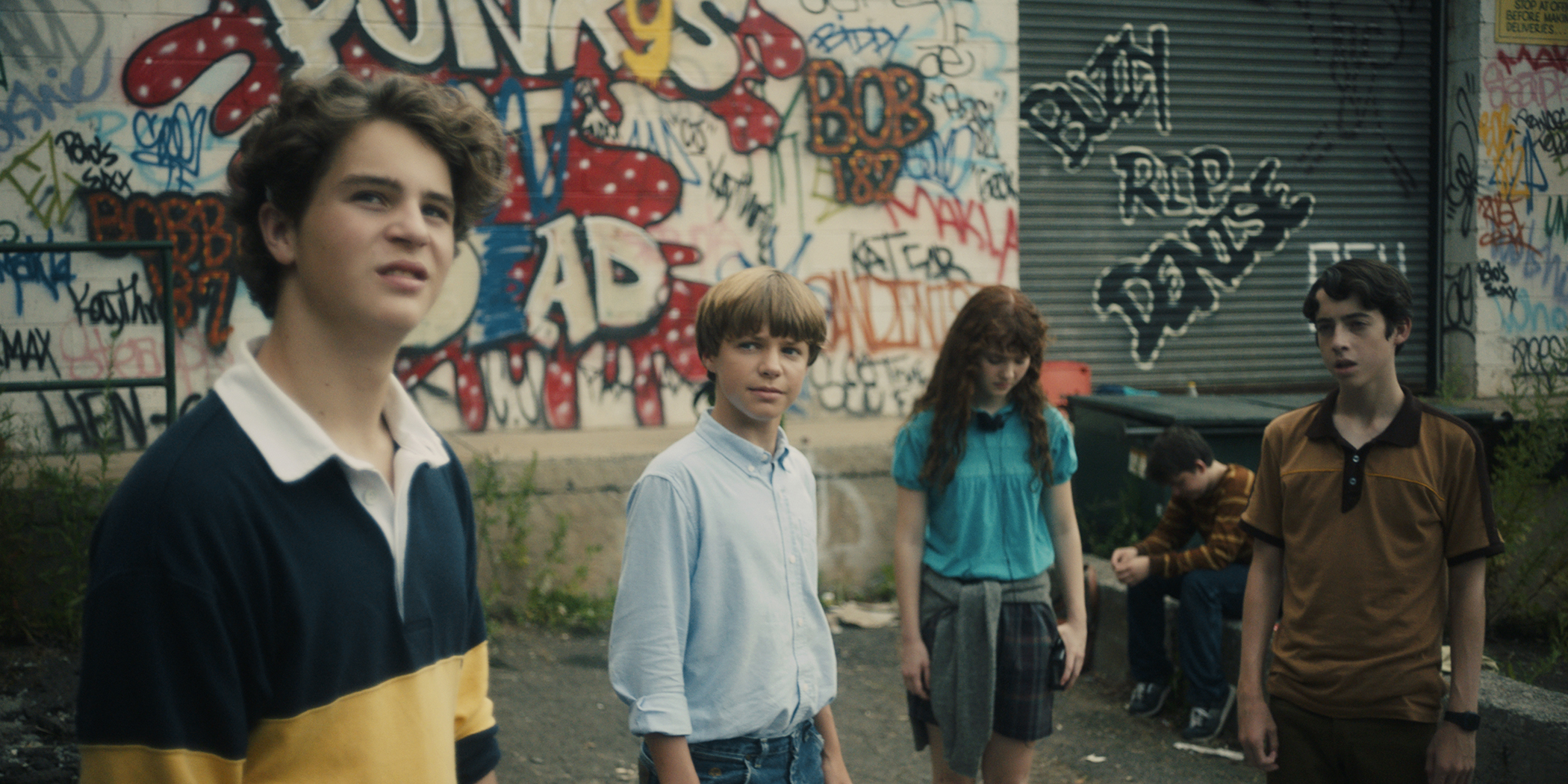 INCLUDING MUSIC BY: The Alarm, Big Audio Dynamite, Mick Jones, The Velvet Underground and many more.

“I was a kid who grew up, largely unsupervised, during the divorce boom of the ‘80s. One of many living with single parents – mothers usually – who were doing their best to stay afloat while fathers and solid male role models were often either living elsewhere or sometimes not to be found at all.

My community in the outer suburbs, closer to the sticks than to the big city, was a town small enough that most of the grades (Kindergarten through 12th grade) all inhabited the same building. But despite being a pretty close-knit place, something was afoul. Kids were dying. At a bizarre and horrifying rate. Automobile and motorcycle accidents, falls off of high dams, overdoses, boat accidents and, of course, teen suicide, which at the time was spiking nationally to new statistical heights. Front-page stories and national magazine covers spoke of a suicide epidemic. Explanations for the trend were hard to come by but “experts” spoke of drug abuse, peer pressure, dwindling job opportunities, and the growing availability of guns as possible sources.

But for years after, to this day even, I’d visit the area and consider all the young lives taken and I’d come to the same conclusion again and again: These kids are dead because in one way or another, someone wasn’t looking out for them. Someone wasn’t paying close enough attention. Now mostly faceless names of the kids who died echo through my mind. I wanted to write about them, and about this place, and about that time.

18 to Party is personal, and much more so than I had originally thought. In the macro sense, I had set out to write a love letter of sorts to Generation-X. A forgotten generation that grew up largely left to its own devices and managed to somehow end up the better for it. It’s a generation I’m proud to be a part of.

That there were seemingly weekly American school shootings throughout the making of the film didn’t escape me. And that all of these shootings were perpetrated by young men, boys sometimes, was hard to ignore as well. And this pointed to another area I wanted to explore: the current crisis afflicting our adolescent males who are at a critical fork in the road regarding their masculinity and how it is defined by the culture.

In recent years, since Columbine, boys unable or unwilling to embody the media-defined and largely superficial idea of what a man is, and can sometimes become bitter, and alienated. They can become dangerous. I wanted the male characters in 18 TO PARTY to choose a different way, a different path to find catharsis. Not in irreparable violence, but in words, and in friendship.

I opted to write about my experiences in the form of a fable. The kids in the film are fictional but gleaned from my real life. The deaths and suicides that have plagued the film’s fictional town of Brighton are, very sadly, almost entirely based on true stories. The film is an amalgamation, in a way, of what happened vs. what I wished had happened. How things were vs. how things might have been. Maybe it also represents a way forward.”

As 18 TO PARTY is set in 1984, one obvious idea might’ve been to sift through the Billboard charts for that year, check off a few songs, inquire as to which were affordable – the short answer, by the way, is none – and pop ‘em in the film.

Enter Susan Jacobs, one of the great music supervisors of all time, who delivered a master class in rethinking our approach–that the soundtrack serves not just to enhance what’s there, but can actually change the direction of the entire narrative. Susan introduced us to smaller indie labels, like Light in the Attic, stuffed with catalogs of wonderful, lesser known music by artists like the French avant-garde singer Lizzy Mercier Descloux and The Jetzons. There were also contemporary artists with vintage aesthetics like Corner and Adult Books, which were great additions. Widening the scope also brought improbable songs like the 1967 psychedelic track Sunshine Becomes You, which plays over an important transitional moment in the film, by a long- forgotten Midwestern band called Suburban 9 to 5.

Of course there was bigger-ticket music that we wanted. Music from post-punk acts like The Alarm and the wonderful Scottish band Orange Juice became realities for us via Susan. Additionally, and perhaps our greatest coup, was getting the opportunity to use The Velvet Underground’s I’m Set Free to accompany the film’s central interlude, a song that had not yet been heard in any other motion picture.

The biggest challenge, though, was finding the right music to emanate from Polo’s, the nightclub that plays such a large role in the film. We wanted something haunting, abstract, and unfamiliar to add to the film’s subtle otherworldliness. Our director stumbled upon long-ago recorded, unreleased music by one of his rock n’ roll heroes, Mick Jones, and his short-lived, post-Clash band Top Risk Action Company, which soon segued into Big Audio Dynamite. The music is a fusion of funk, ska, electro, reggae, pop, dub, and hip-hop, with a few requisite 1980s saxophone solos thrown in for good measure. Through Susan’s relationship with Mick’s manager we were able to show Mick the scenes featuring his music. Amazingly he said yes to us licensing it. That he also allowed us to use the intro to Big Audio Dynamite’s The Bottom Line, a repetitive riff that opens the film and could not better tonally encapsulate the exact moment in time, was another amazing boon.