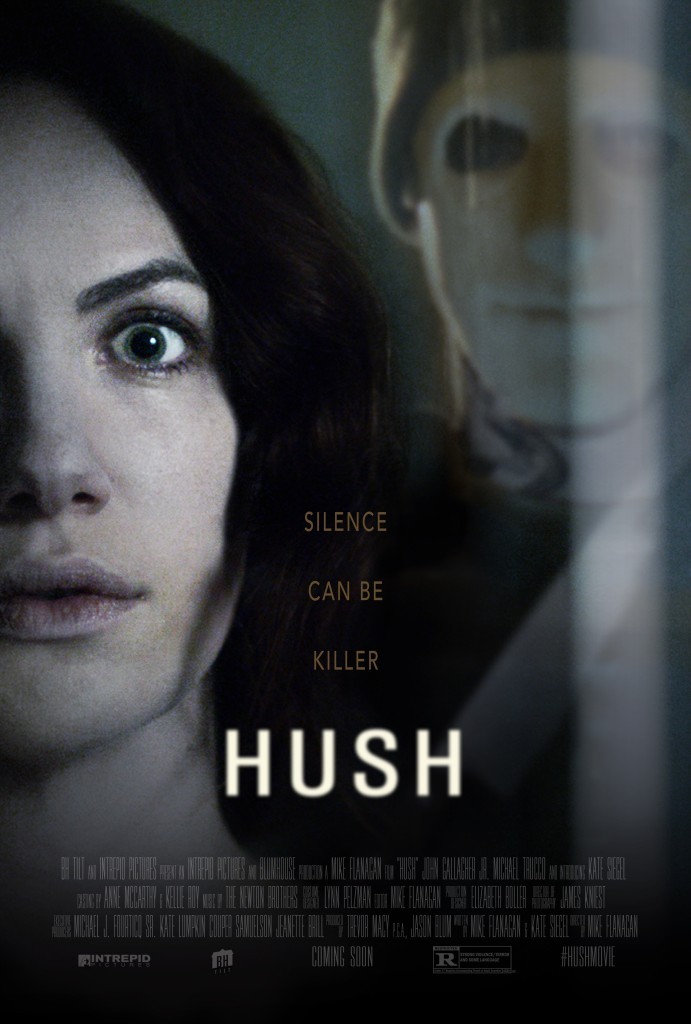 The film will be available on Netflix starting April 8th.

In this heart-pounding thriller from acclaimed writer and director Mike Flanagan (Oculus, Before I Wake), silence takes on a terrifying new dimension for a young woman living along in the woods. Author Maddie Young (Kate Siegel) lives a life of utter isolation after losing her hearing as a teenager. She’s retreated form society, living in seclusion and existing in a completely silent world. But one night, the fragile world is shattered when the masked face of a psychotic killer appears in her window. Without another living soul for miles, and with no way to call for help, it appears that Maddie is at the killer’s mercy… but he may have underestimated his prey. As this horrifying game of cat and mouse escalates to a breathless fever-pitch, Maddie must push herself beyond her mental and physical limits in order to survive the night.