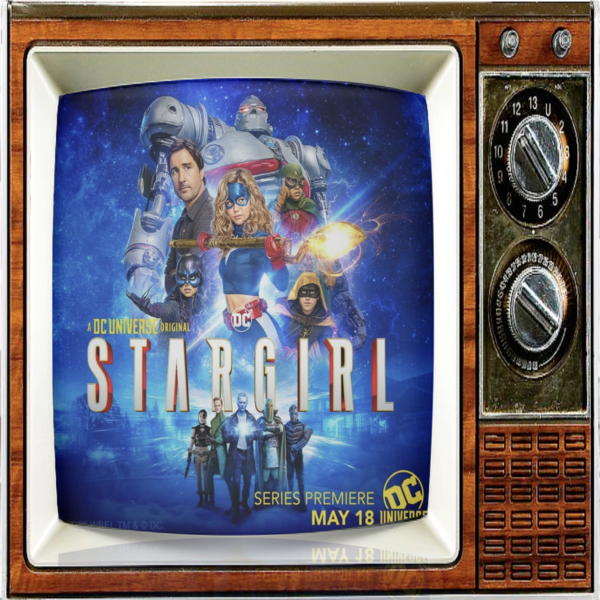 Take some time this week to remember your original happy hour: Saturday mornings as a kid, waking up at dawn, jumping on the couch with a bowl of chocolate cereal, turning on the ‘toons, tuning out the outside world and working your way into a sugar hangover before noon. This week, we talk to the stars!

Thanks to a teaser look on Earth-2 in the final moments of the Crisis on Infinite Earths crossover event on The CW, fans have been eager to catch up with the “Arrow-verse” JLA and the CW’s first high school superhero show, DC’s Stargirl! From original creator and comic book writer Geoff Johns, it follows high school sophomore “Stargirl” Courtney Whitmore as she moves to Blue Valley, Nebraska after her mother marries Pat “Stripsey” Dugan and inspires an unlikely group of young heroes, including our guest Yvette Monreal (Rambo: Last Blood) as Wildcat, to stop the villains of the past, including our other guest Joy Osmanski (Duncanville) as Tigress. This live-action superhero drama reimagines the 1999 Stargirl comics and the very first superhero team, the Justice Society of America, in an unpredictable series scored by yet another of our guests, Pinar Toprak, whose geek cred composer credits include Krypton, Fortnight, Captain Marvel and even the new main theme from Walt Disney Worlds EPCOT theme park.

Join super friends Grim Shea, Marke and Jimmy as they talk superheroes on this super day!

DC’s STARGIRL premieres on this Monday, May 18, 2020 as an exclusive new DC Universe series with a national broadcast premiere on the CW on Tuesday, May 19, 2020.

What a feeling! Newly Remastered Pop Culture Sensation Arrives on Blu-Ray! The hit movie that became a pop culture sensation, FLASHDANCE delivers and electrifying mix of drama and dance that dazzles the senses as it touches the heart, Newly remastered from a 4k transfer supervised by director Adrian Lyne, the latesy entry in the Paramount Presents line is available NOW on Blu-ray. Listen to win!