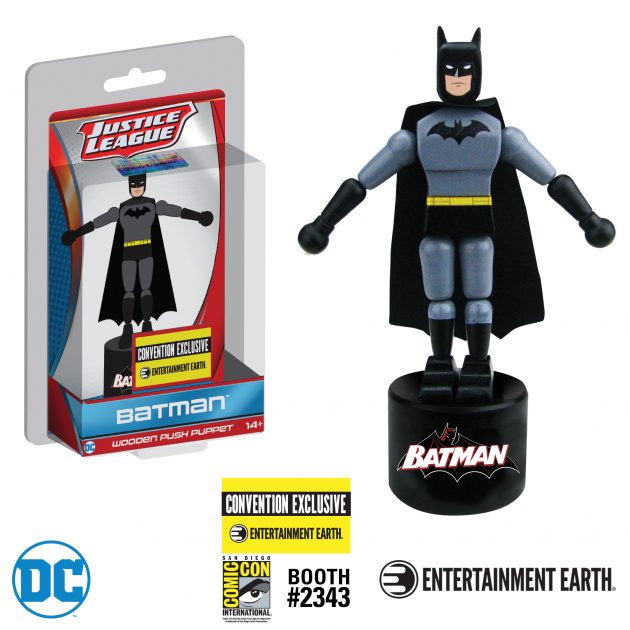 Retro and modern collide in the BATMAN™ Classic Wooden Push Puppet – Convention Exclusive, which is debuting at San Diego Comic-Con 2017. There’s nothing better than the mixing of classic wooden toys with the current design of BATMAN and thanks to the clever designers at Entertainment Earth you can have both!

When you push the hidden button on the bottom of the base, this exclusive 5-inch scale wooden puppet collapses, moves, and stands up again! Created from solid wood, the push puppet features vivid hand-painted artwork, along with some decal elements.

As an Entertainment Earth Convention Exclusive, San Diego Comic-Con attendees will be the first to get their hands on this cute and fun classic collectible. He’s individually numbered with the limited production run number on a holographic sticker! But make sure you hurry! With only 492 available, the DARK KNIGHT™ wooden figure could disappear into the shadows.

The first opportunity for fans to grab this limited-edition push puppet will be at San Diego Comic-Con on July 20, 2017, in the Entertainment Earth booth (#2343)! 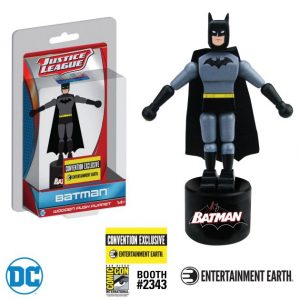