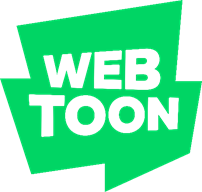 Los Angeles, CA (July 1, 2019) – Leading digital publisher of sequential storytelling, WEBTOON, celebrate their fifth anniversary with a staggering 100 billion views annually across the platform, announced today.  Featuring an incredibly diverse selection of reading material, WEBTOON is the #1 webcomics app in more than 60 countries with more than 55 million users monthly. The platform boasts more than 1 million titles from more than 500K creators telling their stories to over 15 million readers every day.

“People are not just watching their entertainment—there is a passionate and loyal reading community hungry for content,” says Junkoo Kim founder of WEBTOON. “As we approach our fifth year of operation in the U.S., WEBTOON is committed to revolutionizing modern storytelling and providing creators with an opportunity to share and expand their stories to fans all over the world.”

Launched stateside in 2014, WEBTOON features a corporate culture comprised of super fans – from founder Kim and his love of comics inspiring him to build a mobile-optimized storytelling platform, to a team of editors who scour the creative community for content to satisfy a loyal readership, paving the way for creators to find their story and their audience. WEBTOON was born in Korea in 2004 with unheralded success over the past 15 years including inspiring and developing content across multiple entertainment platforms including film, television, and merchandising.

“For the U.S., WEBTOON is broadening its genres and styles ensuring the stories are culturally and locally relevant. We have a two-pronged focus working with professional creators as well as encouraging unconventional, yet-to-be-discovered storytellers to release their creative potential,” said David Lee, Head of Content. “Either through our exclusive WEBTOON Originals or through self-publishing on our user generated content platform, Canvas (formerly Discover), we are committed to helping creators tell their unique stories.”

For creators on the user generated content platform, Canvas, WEBTOON launched an ad sharing program in Fall of 2018 where its independent creators are generating income with WEBTOON but also able to publish their content to other platforms. This enables independent creators the freedom to create and experiment and push the limits of their stories while building a loyal audience for their stories on WEBTOON’s leading platform.

This year, WEBTOON are poised to increase their foothold in the U.S. with an extensive multi-million-dollar brand campaign set to launch this July and run through the rest of the year. The campaign’s goal is to bring the brand to the forefront of next-generation storytelling and continue to provide unprecedented opportunities for creators to expand their work to other mediums while increasing readership.

​WEBTOON™ is the #1 webcomics app, averaging more than 55 million monthly active users, with north of 15 million daily readers – more people read web comics on our platform in one day than watch most television shows. Founded by NAVER Webtoon in 2004, WEBTOON became a cultural phenomenon and pioneered the distribution and consumption of web-based comics. Launched stateside in 2014, WEBTOON has thousands of creator-owned titles with episodes updating daily.  WEBTOON features a broad and diverse catalog of content – including fantasy, romance, sci-fi, LGBTQ, and more. The WEBTOON app is free to download on Android and iOS devices. The content is free and downloadable, for reading when offline. WEBTOON is always working to enhance the user experience with technology – including enhanced FX Toons, which allow creators to include music or animation in their WEBTOON to benefit user immersion. WEBTOON boasts partnerships with Legendary, Lucasfilm, POW!, Top Cow/Image, and more. WEBTOON takes the comic experience to the next level by providing readers with daily curated content and giving creators an intuitive platform designed to help them easily publish and publicize their own original comics. WEBTOON creators have been nominated for multiple Eisner Awards – three in 2019, as well as winning a multitude of Ringo Awards – seven in 2018. WEBTOON is available on iOS, Android, and desktop