TRAVEL CHANNEL BRINGS HIT SERIES ‘RIPLEY’S BELIEVE IT OR NOT!’ AND

In Celebration of its 100th Anniversary, Ripley’s to Host Interactive

‘Ripley’s Believe It or Not!’ Car Lot Activation All Weekend Long

NEW YORK (July 1, 2019) – Travel Channel is bringing two of its hit series to San Diego this July for Comic-Con International – the iconic Ripley’s Believe It or Not! reboot hosted by Bruce Campbell and the network’s long-running, highest-rated paranormal investigative series, Ghost Adventures.

Both series will headline individual panels with the shows’ stars live on stage, revealing exciting stories and exclusive details from behind the scenes, along with never-before-seen footage. Fans will have the chance to ask panelists their own questions during an audience Q&A session.

Ripley’s Believe It or Not! Extraordinary Humans Revealed with Bruce Campbell

Host Bruce Campbell (Evil Dead) introduces fans to the extraordinary, the death defying and the unusual people featured in Ripley’s Believe It or Not!. “Cyborg” Angel Giuffria (Hunger Games) lives life with one of the most advanced prosthetic arms on the market. John “Hammerhead” Ferraro boasts a skull more than two times thicker than average, using it to shock sideshow audiences. “Half-man” Short E. Dangerously doesn’t let proportions stop him from challenging physics to perform. Ripleys.com editor Sabrina Sieck (producer Ripley’s Believe It or Not!) also joins the panel to dive down the rabbit hole of Ripley history. Bruce and the cast will participate in a Q&A session.

In addition, Bruce Campbell will participate in a special pre-panel autograph signing on Saturday,

Fans can enter the exclusive portal prior to Comic-Con for their chance to a win a spot in line to this ticket-required autograph session. 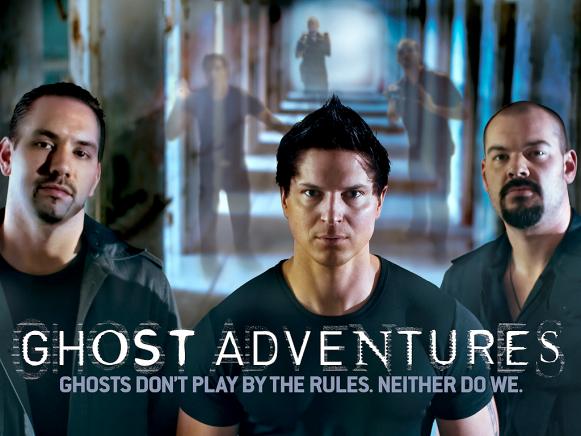 Travel Channel brings you the paranormal investigators and stars of its hit series, Ghost Adventures, LIVE! at Comic-Con! Join Zak Bagans and his paranormal team including Aaron Goodwin, Jay Wasley and Billy Tolley, as they share stories from their most memorable and horrifying encounters. Fans will get the chance to hear firsthand all of the behind-the-scenes details that go into creating this wildly popular franchise. The team will also debut never-before-seen footage. This is a panel for the superfans and true believers who want to hear it all. Those in attendance will have the chance to ask their own burning questions of their favorite ghost hunters. Plus, they’ll receive an exclusive giveaway and be among the first to hear exciting news from the team. Matthew Butler, general manager, Travel Channel, will moderate the panel.

Adding to the Comic-Con experience and marking their first-ever appearance at the event, Ripley’s will bring the iconic 100-year-old brand to life and transform Petco Park into the Ripley’s Believe It or Not! Car Lot. Inflatable tube men, human car washes and a pinball arcade — the Car Lot has it all. Hawking some of the strangest vehicles money can buy — from the world’s smallest street-legal car to a Landspeeder and Hummer made out of lottery tickets — lot owner LeRoy has a curious car for you. Step into LeRoy’s office, where you can snap a photo as a souvenir of searching for the strangest sedan or station wagon of your dreams. The Ripley’s Believe It or Not! Car Lot is going to be full of surprises.

Inside the convention center, attendees can head to booth #4015 and cruise into Ripley’s Garage to view props and peculiar pieces from the Ripley’s Believe It or Not! collection — from shrunken heads to the original Star Wars® lightsaber. There will also be unique retail items like a shrunken head air freshener, and giveaways and prizes to redeem at the Ripley’s Believe It or Not! Car Lot at Petco Park.

Plus, the newest edition of the annual Ripley’s Believe It or Not! Beyond the Bizarre book will be available first at San Diego Comic-Con, before it officially hits stores. It features a look behind the scenes with Bruce Campbell on set in the Ripley Warehouse. Pick up a copy before you head over to Bruce’s signing and get it autographed by the man himself!

For more information on everything Ripley’s Believe It or Not! and Bruce Campbell at San Diego Comic-Con, visit Ripleys.com/SDCC.