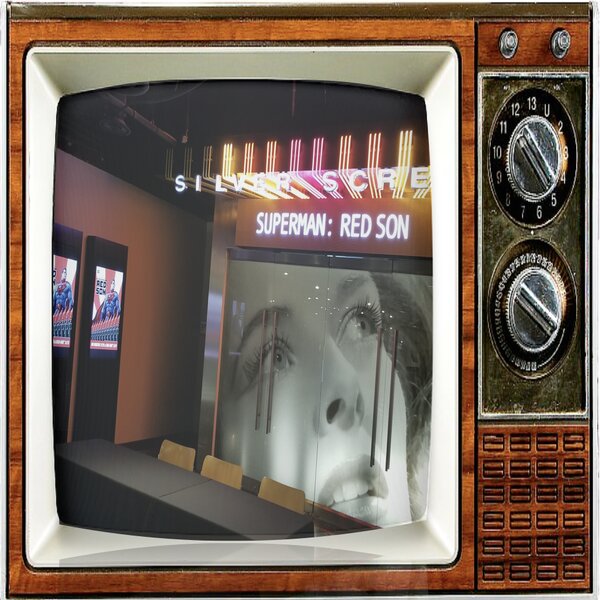 Take some time this week to remember your original happy hour: Saturday mornings as a kid, waking up at dawn, jumping on the couch with a bowl of chocolate cereal, turning on the ‘toons, tuning out the outside world and working your way into a sugar hangover before noon. This week, to take our minds off of a global-wide pandemic, we go “elseworld” with a review and celebration of the DC Animated Universe release of Superman: Red Son with a red carpet interview montage of the leading voices and creators including the voice of “Superman”, Jason Isaacs, “Lois Lane” Amy Acker, “Wonder Woman” Vanessa Marshall, “James Olsen” Phil Morris, “John Stewart” Phil LaMarr, “Hal Jordan” Sasha Roiz, “Batman” Roger Craig Smith, “Superior Man” Travis Wellingham and director Sam Liu.

Based on DC’s famed Elseworlds tale from 2003, Superman: Red Son takes place in an alternate reality where the spaceship bearing the last survivor of Krypton crash lands – not in rural Kansas, but in Stalinist Russia. Can this Cold War-era Earth survive the coming of a Soviet Superman?  Can this real world podcast survive the coming of a virtual only world? Recorded at the World Premiere of “Superman: Red Son” on Monday, February 24, 2020 at the Pacific Design Center in West Hollywood. This episode takes your hosts, Grim Shea, Marke and Jimmy the Gent, back to a more innocent time, when people met in shared places, shook hands, watched a movie together and talked face to face. Oh the good old days comrade!