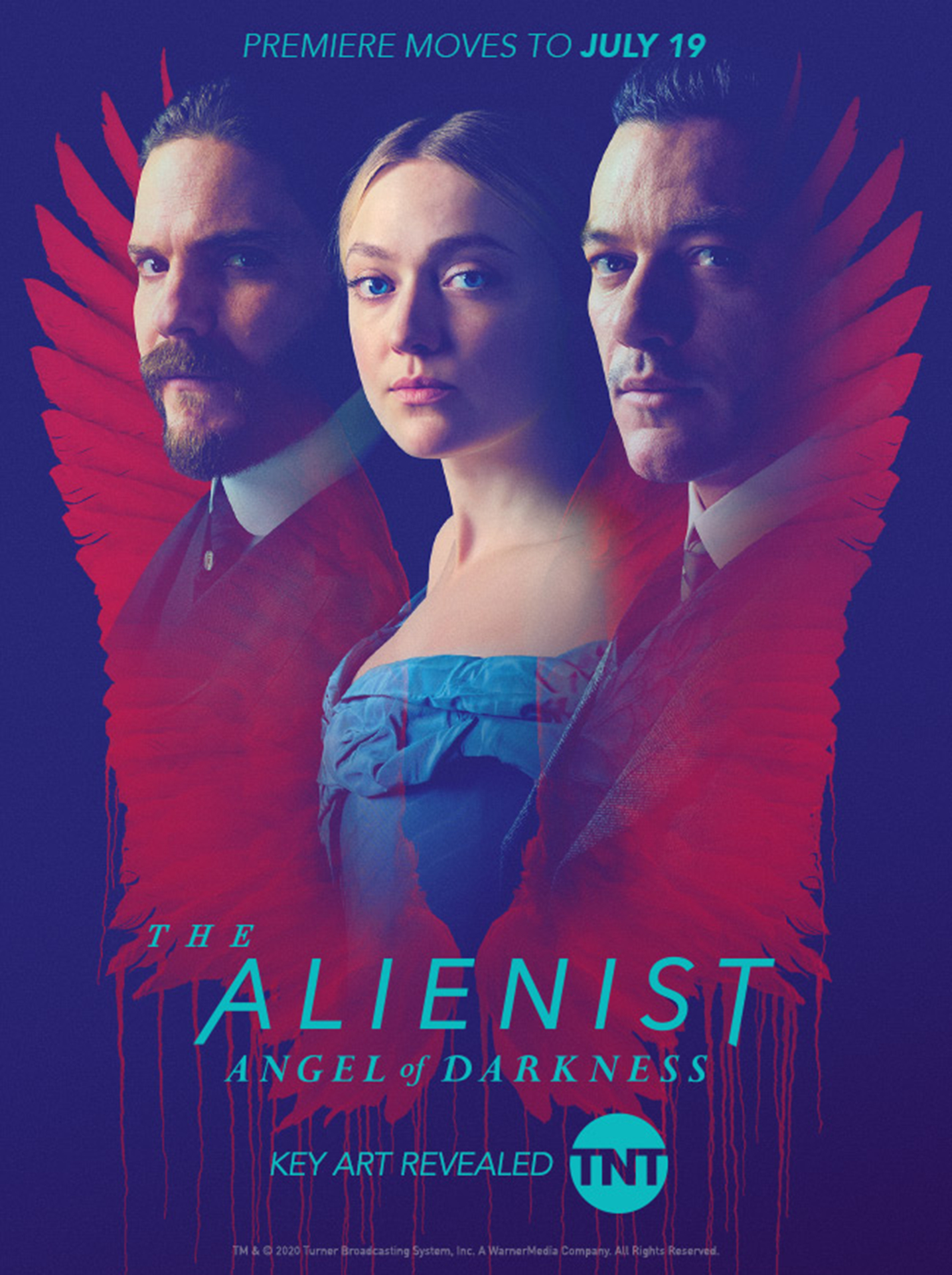 The Alienist: Angel of Darkness

An unflinching, gripping, turn-of-the-century murder mystery that traverses both New York’s wealthy elite and the struggling underbelly of the city’s “Gilded Age,” The Alienist followed Dr. Laszlo Kreizler (Daniel Brühl), a brilliant and obsessive “alienist” in the controversial new field of treating mental pathologies. In the first season, Dr. Kreizler was relentless in his pursuit of a never-before-seen ritualistic killer murdering young boys. He was joined by newspaper illustrator John Moore (Luke Evans) and Sara Howard (Dakota Fanning), an ambitious secretary determined to become the city’s first female police detective.

In The Alienist: Angel of Darkness, Sara has opened her own private detective agency and is leading the charge on a brand-new case. She reunites with Dr. Kreizler, the formidable alienist, and John Moore, now a New York Times reporter, to find Ana Linares, the kidnapped infant daughter of the Spanish Consular. Their investigation leads them down a sinister path of murder and deceit, heading towards a dangerous and elusive killer. As in The Alienist, the series shines a light on the provocative issues of the era – the corruption of institutions, income inequality, yellow press sensationalism, and the role of women in society – themes that still resonate today.

About TNT
TNT, a WarnerMedia Entertainment brand, is watched by more people than any other cable network and known for big, lean-forward television that gives viewers the best seat in the house for electrifying stories, dynamic characters and thrilling events. TNT is home to some of television’s most popular original series including The Alienist, Animal Kingdom, Claws and I Am the Night, the upcoming sequel The Alienist: The Angel of Darkness, and the eagerly anticipated, sci-fi thriller Snowpiercer. TNT is expanding its programming to include premium unscripted with the docuseries Shaq Life, giving an all-access look at the larger-than-life personality. TNT also presents popular shows such as Bones and Castle, in addition to primetime specials and sports coverage, including the NBA and NCAA Division I Men’s Basketball Championships and the professional wrestling league All Elite Wrestling (AEW), which has exploded onto the scene with AEW Dynamite premiering as the night’s #1 wrestling show.

About WarnerMedia
WarnerMedia is a leading media and entertainment company that creates and distributes premium and popular content from a diverse array of talented storytellers and journalists to global audiences through its consumer brands including: HBO, Warner Bros., TNT, TBS, CNN, DC Entertainment, New Line, Cartoon Network, Adult Swim, Turner Classic Movies, truTV and others.
WarnerMedia is part of AT&T Inc. (NYSE:T).