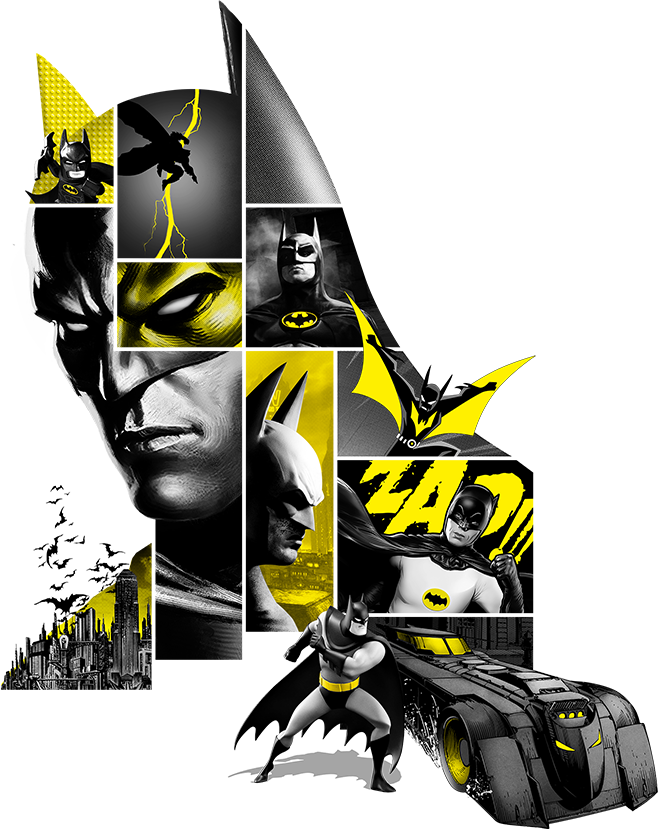 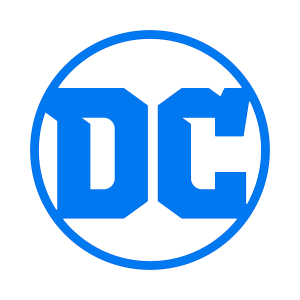 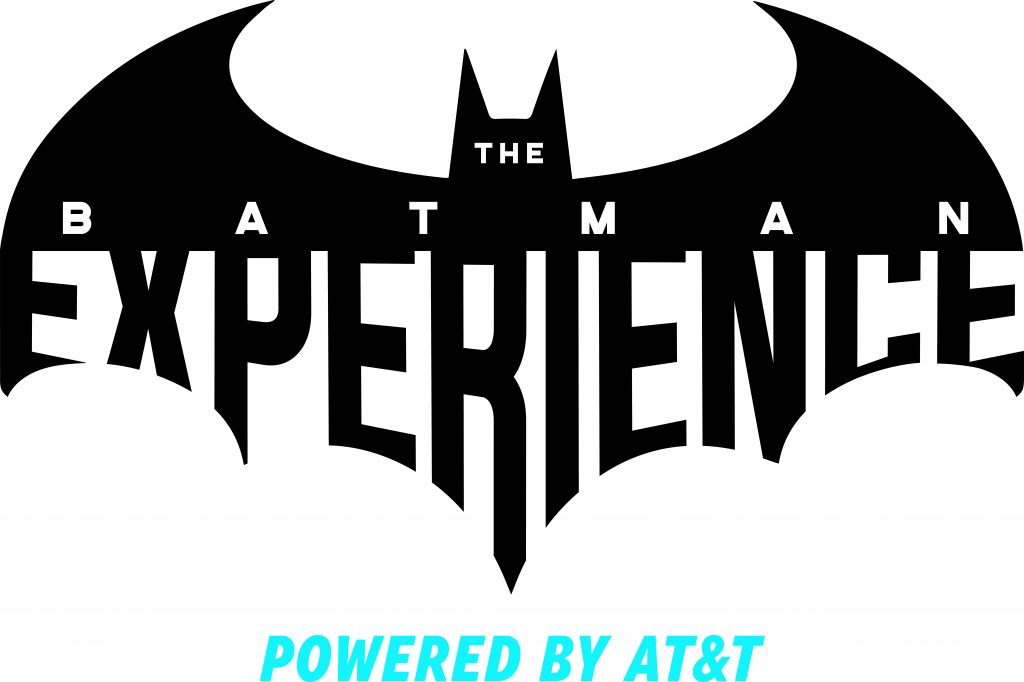 “THE BATMAN EXPERIENCE” AT SDCC
The Immersive and Interactive Pop-up Will Showcase a Massive Installation of
DC Props, Vehicles, Games, Costumes and Archives
at the Future Home of the Comic-Con Museum in Balboa Park 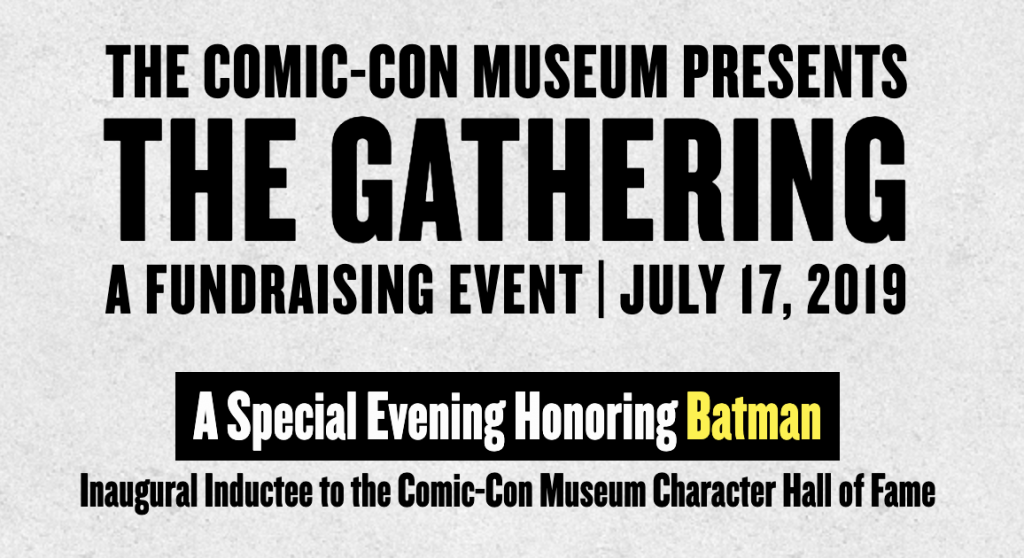 BURBANK, Calif. – (July 2, 2019) – In celebration of the 80th anniversary of Batman, DC and AT&T* today announced THE BATMAN EXPERIENCE POWERED BY AT&T, a massive, interactive exhibition that includes the largest-ever collection of Batman-related props, costumes and vehicles. The immersive pop-up museum and gaming-centric installation will transport fans into the crime-fighting world of the Dark Knight and will be open to the public at the Comic-Con Museum in Balboa Park at 10 a.m. PT from Thursday, July 18th through Sunday, July 21st. No SDCC badge is required to enter this free exhibition.

THE BATMAN EXPERIENCE, custom-built by AT&T with DC, will include activities on all three levels of the Museum’s staggering 68,000 square feet space. A sneak peak of the exhibition will be available to attendees at THE GATHERING, a special ceremony inducting Batman into the Comic-Con Museum Character Hall of Fame on Wednesday, July 17 at 5 p.m., the first time a comic book character has ever been given that honor. Tickets are available at www.ccmgathering.org.

“DC is pulling out all the stops for this year’s Comic-Con to celebrate Batman’s 80th, from our dozens of panels to our newly expanded booth which is the largest on the convention center floor – THE BATMAN EXPERIENCE takes everything to the next level,” said DC Publisher and Chief Creative Officer Jim Lee, who contributed several original pieces to the exhibition including the original artwork commissioned exclusively for the commemorative program guide cover celebrating Comic-Con International’s milestone 50th anniversary.

“We’re honored to have a role in celebrating Batman’s induction into the Comic-Con Museum Character Hall of Fame, and we wanted to celebrate this iconic Super Hero in a way that is unique to what AT&T has the power to do,” said Valerie Vargas, SVP of Advertising and Creative Services, AT&T. “THE BATMAN EXPERIENCE will be an epic, fan-centric activation showcasing how creativity and innovative technology can unlock new opportunities for fans, allowing them to engage and interact with Batman in a whole new way.”

Other featured elements of THE BATMAN EXPERIENCE POWERED BY AT&T include:

“There isn’t a single fictional character that has endured and influenced pop culture like Batman has and this exhibition is a fitting tribute to that,” said DC Publisher Dan DiDio. “You get to experience Batman’s 80 years across every medium, from comic books to television to film and video games.” 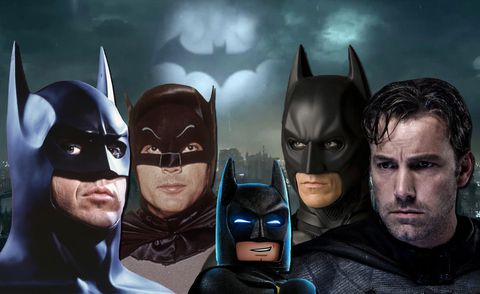 ABOUT DC
Home to iconic and globally recognized Super Heroes Batman, Superman and Wonder Woman, DC is one of the largest English-language publishers of comics in the world and a creative unit of WarnerMedia, publishing thousands of comic books, graphic novels and magazines each year. Founded in 1934 with the launch of Detective Comics, DC is charged with strategically integrating its stories and characters across Warner Bros. and WarnerMedia properties.

ABOUT COMIC-CON MUSEUM
Located in San Diego’s Balboa Park, the 68,000 square foot Comic-Con Museum is planned to open in 2021 as an experiential pop-culture wonderland.  It will feature rotating immersive exhibits; an ongoing stream of programs, panels and screenings; and classrooms for extensive educational programming. Aimed at fans of all ages and interests, the Museum will be open both day and night.  Its ultimate goal is to capture the magic of Comic-Con, all year round.

*ABOUT AT&T COMMUNICATIONS
We help family, friends and neighbors connect in meaningful ways every day. From the first phone call 140+ years ago to mobile video streaming, we innovate to improve lives. We have the nation’s fastest wireless network.** And according to America’s biggest test, we have the nation’s best wireless network.*** We’re building FirstNet just for first responders and creating next-generation mobile 5G. With DIRECTV, DIRECTV NOW and WatchTV, we deliver entertainment people love to talk about. Our smart, highly secure solutions serve nearly 3 million global businesses – nearly all of the Fortune 1000. And worldwide, our spirit of service drives employees to give back to their communities. AT&T Communications is part of AT&T Inc. (NYSE:T). Learn more at att.com/CommunicationsNews.

**Based on analysis by Ookla® of Speedtest Intelligence® data average download speeds for Q1 2019.
***According to America’s biggest test as announced by Global Wireless Solutions last fall.