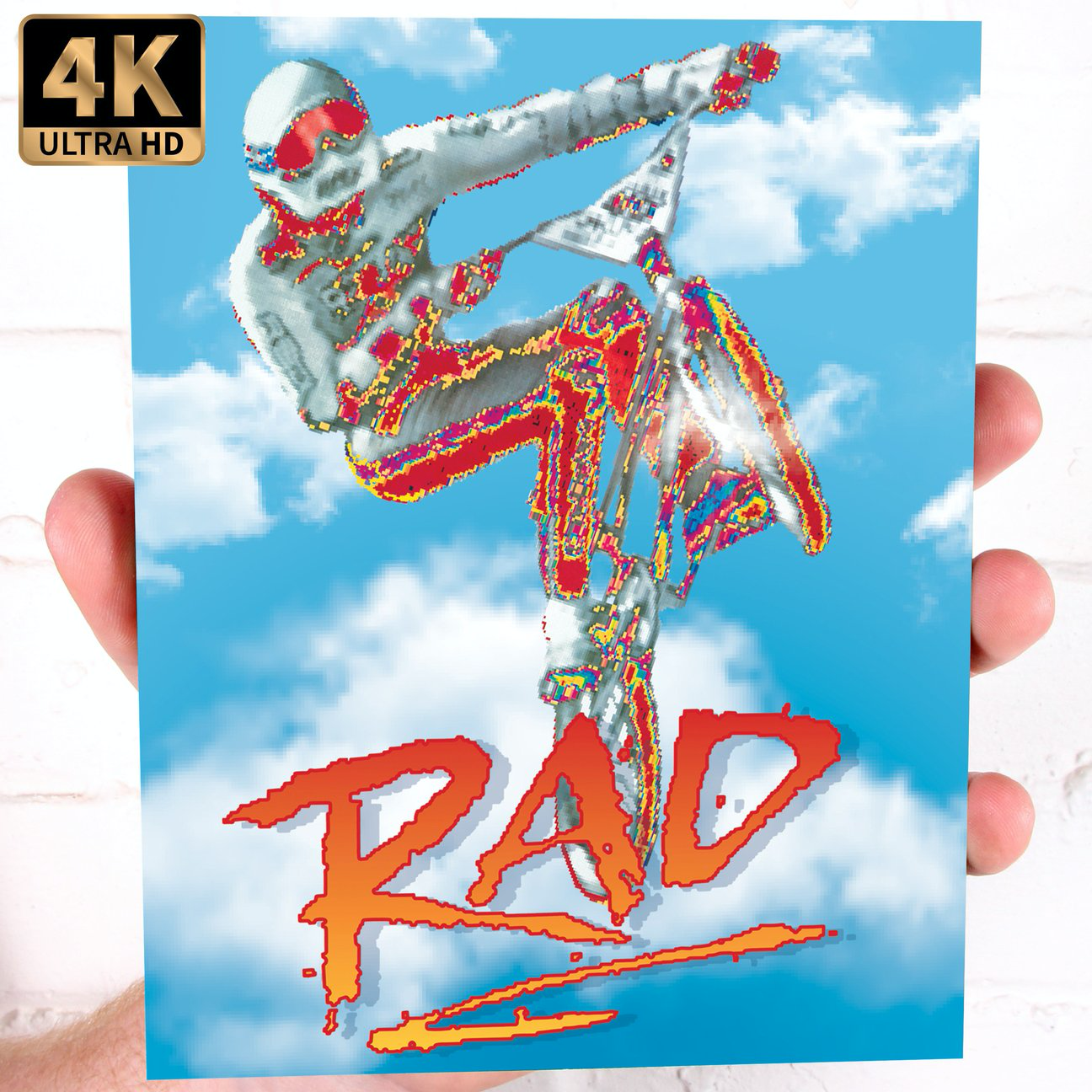 “A RAD Legacy” – Originally produced by the late Jack Schwartzman, the film has been restored by his wife and son – actress Talia Shire and filmmaker Robert Coppola Schwartzman.

Originally released in 1986 during the rise of the BMX bike craze, this powerful piece of pop cultural nostalgia is finally coming to disc, newly restored in 4K from its original negative by Fotokem. The film follows Cru Jones (Bill Allen), a small town kid determined to win an infamous BMX race set on a nearly impossible course known as Helltrack. A sleeper hit upon its initial release, RAD has become one of the iconic cult films of the 1980s and amongst BMX professionals, spawning fan clubs and repertory film screenings for decades.

Hal Brett Needham was an American stuntman, film director, actor and writer. He is best known for his frequent collaborations with actor Burt Reynolds, usually in films involving fast cars, such as Smokey and the Bandit, Hooper, The Cannonball Run and Stroker Ace.