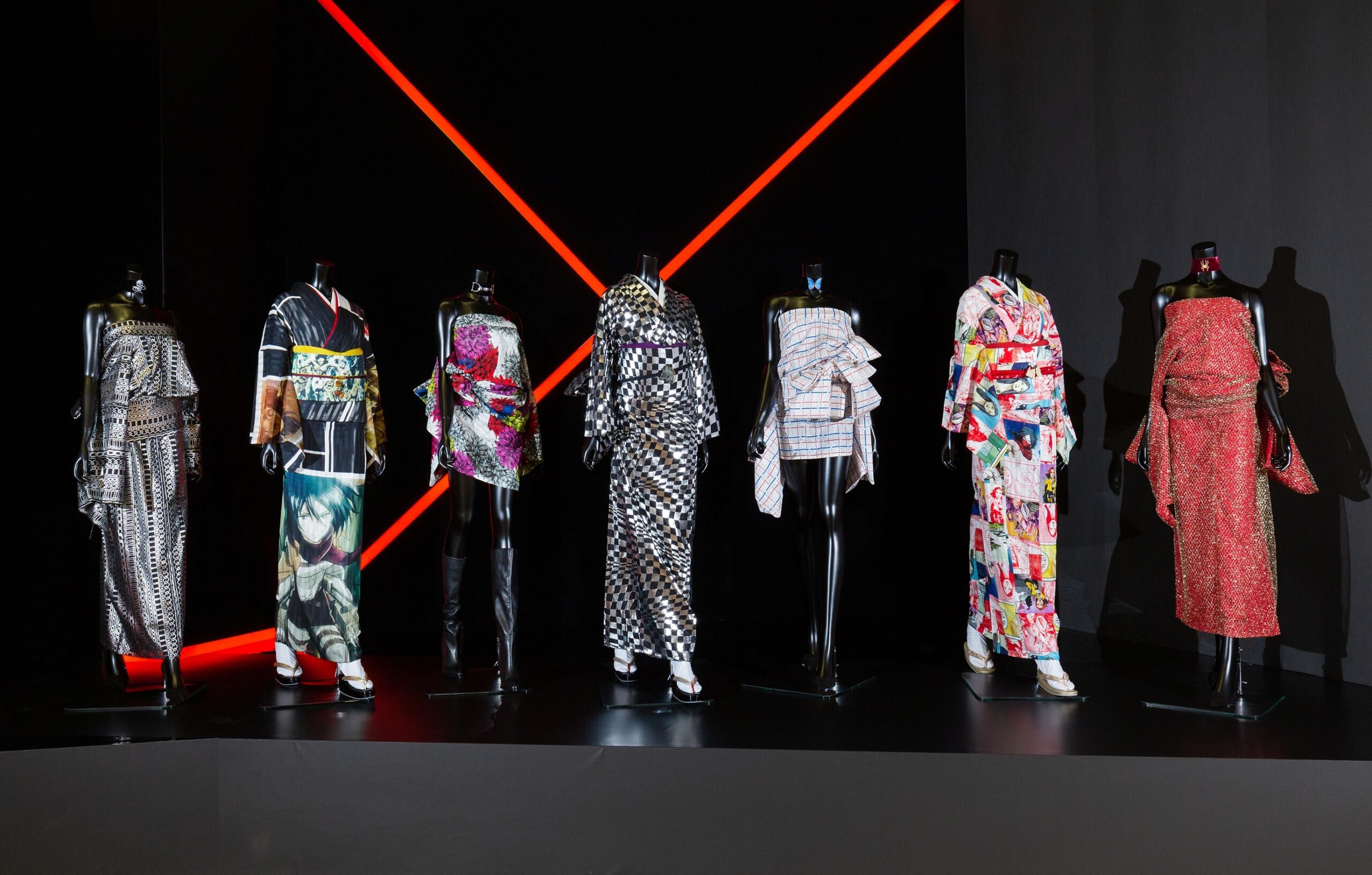 All Photos by Yoshi

From June 30th to August 23rd, the Tokyo National Museum’s special “KIMONO” exhibition will include “Yoshikimono” designs from the Japanese superstar YOSHIKI.

The KIMONO exhibition displays around 300 pieces, including kimonos worn by prominent historical figures like Nobunaga, Hideyoshi, and Ieyasu, as well as kimonos personally designed by YOSHIKI. This exhibition of unprecedented scale offers a comprehensive overview of kimonos spanning from the 12th century to the modern era, and also includes paintings of kimonos which are considered national treasures.

The Yoshikimono fashion brand is the brainchild of global artist YOSHIKI, the leader of X JAPAN who is widely considered the biggest rock star in Japan. His mission for Yoshikimono – to fuse tradition and innovation – draws upon his upbringing as the eldest son of the owner of a kimono producer. His Yoshikimono brand pays homage to the traditional form of the kimono while continuing to evolve the artform with edgy styles. His collections have advanced modern kimono fashion while respecting the traditional aesthetic sense.

The Yoshikimono 2020 collection, which opened-up Tokyo Fashion Week, featured visual elements from the Stan Lee comic book Blood Red Dragon (Lee based the comic on YOSHIKI), as well as, one of the biggest anime series, Attack on Titan.

Above: A Yoshikimono 2020 design inspired by the Stan Lee comic book Blood Red Dragon (which Lee based on Yoshiki).

Above: A Yoshikimono 2020 design inspired by the popular anime series Attack On Titan.

In February 2020, Yoshikimono was also selected for the kimono exhibition of the world-famous Victoria and Albert Museum in London and is currently on display alongside works by designers such as Alexander McQueen, Yves Saint Laurent, and John Galliano.

Yoshikimono fits perfectly with the “KIMONO” exhibition. The kimono, a revered symbol of ancient Japanese culture, first emerged over 1000 years ago, and yet remains a significant mode of expression in modern fashion. The new “KIMONO” exhibitionwill provide a rich, colorful glimpse of this storied past, and relies on Yoshikimono to offer a bold look toward the future.

YOSHIKI commented, “More than 10 years have passed since I established Yoshikimono as a designer. Currently, I have come to receive many offers from overseas, but I am truly honored to have my creations exhibited in Japan, the origin of kimono culture, at the prestigious Tokyo National Museum. I feel gratitude to all of my fans who are constantly supporting me. It would make me happy if you could see the exhibition.”

Above: Yoshikimono designs at the ‘KIMONO’ Tokyo National Museum exhibit.