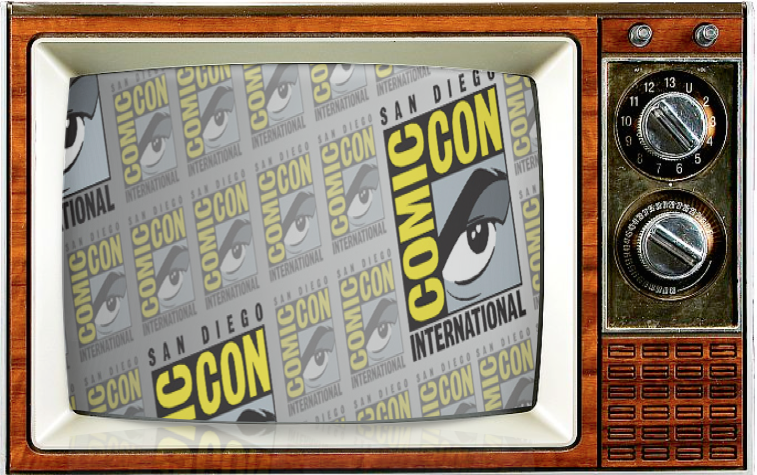 Let’s talk DC highlights, the premier of DC Animated’s The Death of Superman, Batman: The Animated Series NOW on Blu-ray and the Anniversary of Supergirl.

Let’s talk South Park activations and celebrate 22 seasons on TV! SDCC goes Legendary with a Lost in Space Installation that is sure to include at least some danger.

Let’s fast-forward to the future with Amazon Fire TV and a memorable Gas Lamp activation.

Let’s walk the greens with FXibitions 3rd annual harbor activation and experience a slate of new and old shows like American Horror Story, Archer, Legion and a show I can’t wait for, the follow up Sons of Anarchy, Mayans M.C.

Let’s hang at the old folks home with CBS Studios who pack a punch in Charmed, Star Trek Discovery and new Magnum PI and Twilight Zone.

Let’s try to figure out just what the hell the AT&T Audience Network is and what this Mr. Mercedes show is all about.

Let’s amaze ourselves that there’s a Super Troopers 2.

Let’s get in Bobcat Goldthwait’s head with Misfits and Monsters.

Let’s watch From the Bridge a doc with George Takei.

Let’s experience Jack Ryan and Voltron and most importantly… let’s get old school with a celebration of Sid and Marty Krofft and the creation of something near and dear to our hearts.. Saturday morning TV!

All and more at this years San Diego Comic-Con 2018