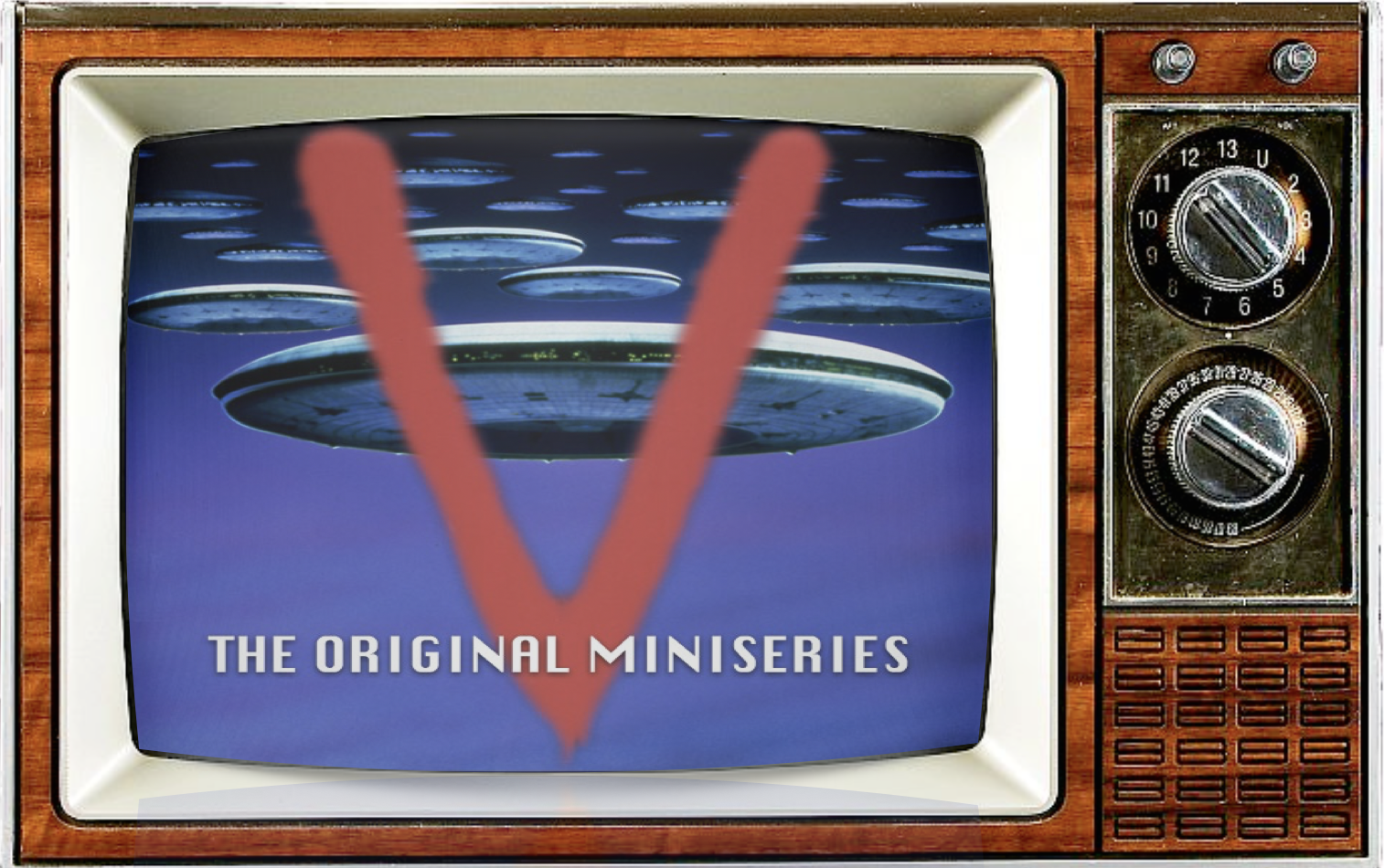 This week we take you back to a certain time in television, a time before binging entire seasons overnight, a time before cable TV bundles and DVRs, a time even before Must See TV…Behold, the era of EVENT TELEVISION! From Roots to Battle of the Network Stars to Geraldo opening Capone’s vault, you’d be hardpressed to find a better example than V: The Original Miniseries, the two-part sci-fi primetime event written and directed by Kenneth Johnson (Bionic Woman) and starring Marc Singer (Beastmaster) — both of whom we happened to talk with at SDCC 2019! Debuting in 1983, V is an allegorical (and unnervingly relevant) story of America facing the spectre of populism and facism on its own shores. From lizard aliens though, so it’s more entertaining than the news.

Spawning the follow up miniseries V: The Final Battle (2xSMC guest Michael Ironside) and V: The Series, V is still celebrated around the world, especially in Spain(!?), and our appetite for more has now been satisfied with news that V: The Movie, by original writer and director Kenneth Johnson with Marc Singer returning to his iconic role as Donovan, is already in the works!

The Original Miniseries has now been remastered with updated special FX, 5.1 surround sound, presented in 1.5:1 aspect ratio. Own the blu-ray on 8/27/19 and join Grim Shea, Marke and Jimmy the Gent as they release this exclusive audio and fondly recall a sci-fi epic that once dominated the pop culture. Probably during sweeps week.