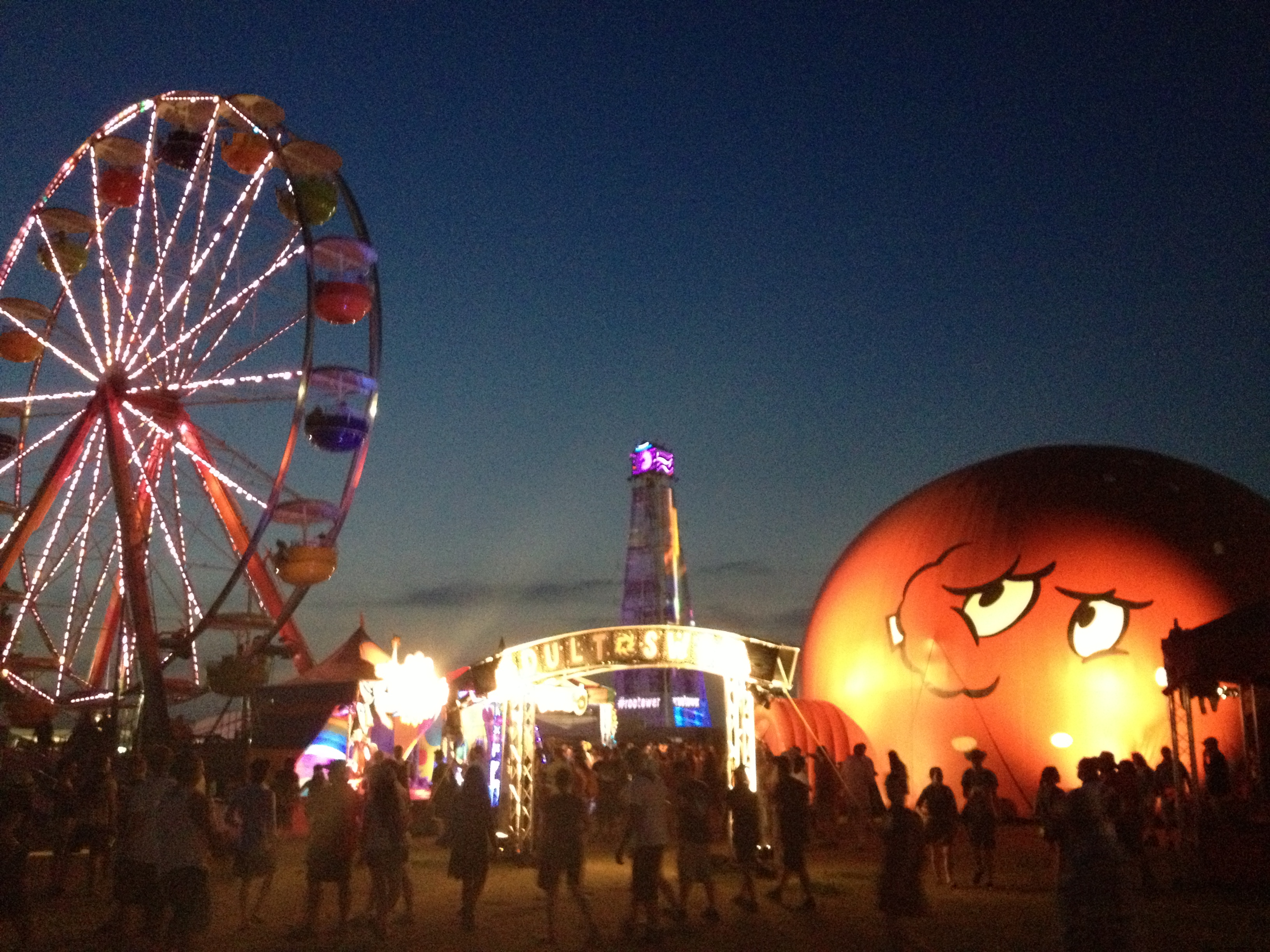 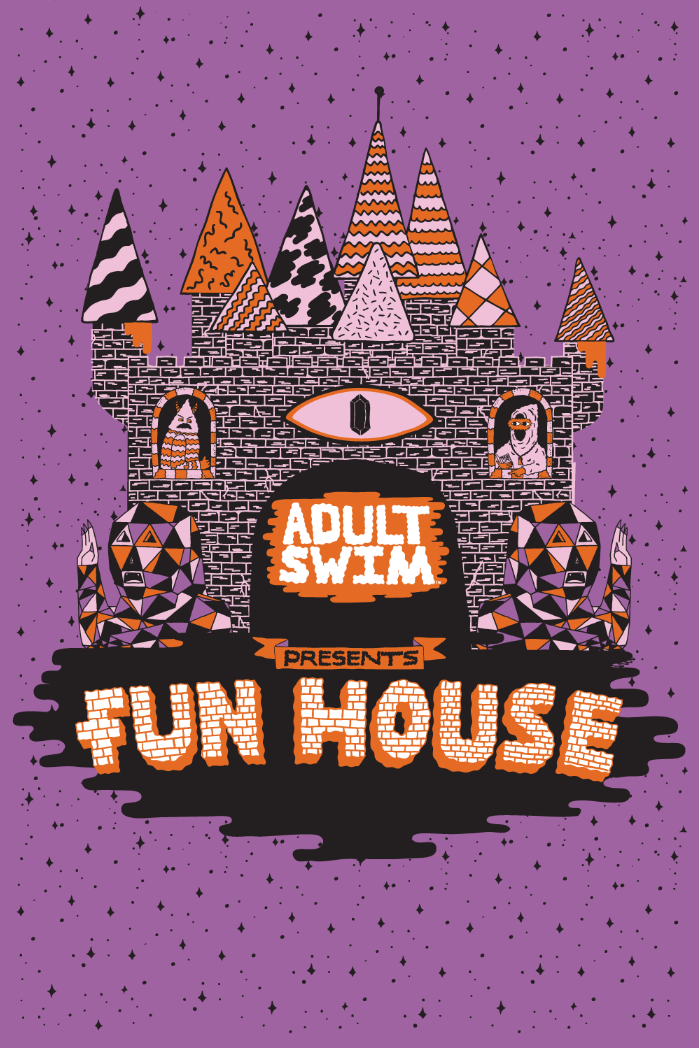 This year at San Diego Comic-Con, Adult Swim will once again amaze and inspire fans inside and outside the convention center with an all new Adult Swim booth, unique fan experiences and celebrity filled signings and panels featuring series stars, creators and producers from the network’s most popular shows such as Robot Chicken, The Venture Bros., Childrens Hospital, and Rick and Morty. Adult Swim will also offer fans a first -look at their highly anticipated new series Mike Tyson Mysteries and the live-action series starring Triumph the Insult Comic Dog and Jack McBrayer. Adult Swim stars and creators on hand will include Mike Tyson, Aaron McGruder, Seth Green, Dan Harmon, Rob Corddry, Jackson Publick, Doc Hammer, Christy Karacas, and many more.  Fans can also stop by the Adult Swim booth #3721 where they can dare to pay tribute to the Goddess of Luck and beg her to deliver a gift of unforeseeable importance. The King awaits to knight the true of heart while Jokers and Fools entertain their most ravenous fans. Come one, come all. Come wait in a line that may very well change your life (for better or worse). 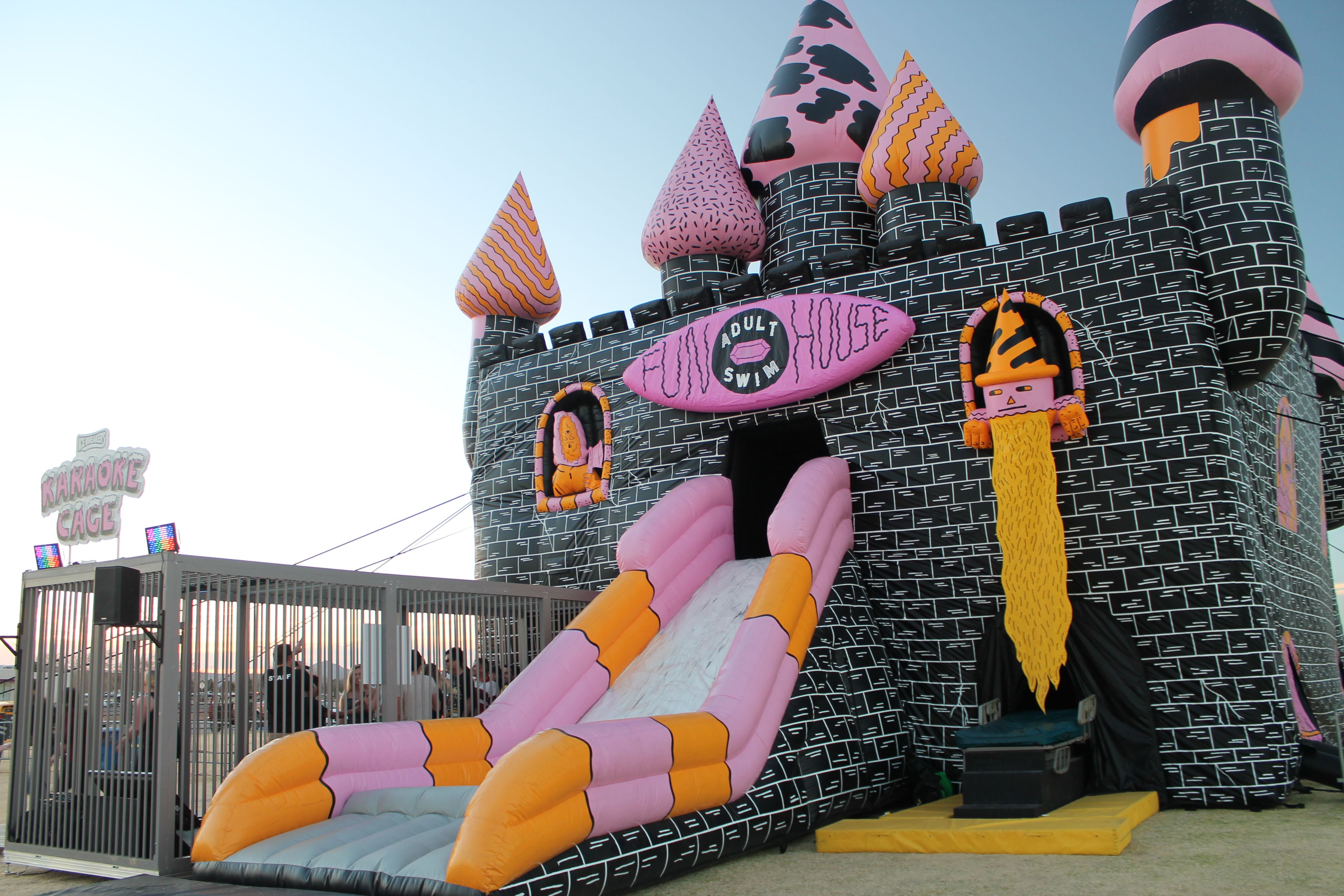 Adult Swim will also have a major presence at the Petco Park parking lot across from the convention center starting at 3pm Thursday, July 24 through Saturday, July 26th.  Named the #1 brand activation at last year’s convention by AdWeek, the Adult Swim Fun House will return for a second year of Robot Pumps and Spasm Chasms.  Multiple challenges will force guests to crawl, slide, and sing their way to get through this giant castle.  Don’t miss your chance to get publicly dumped. 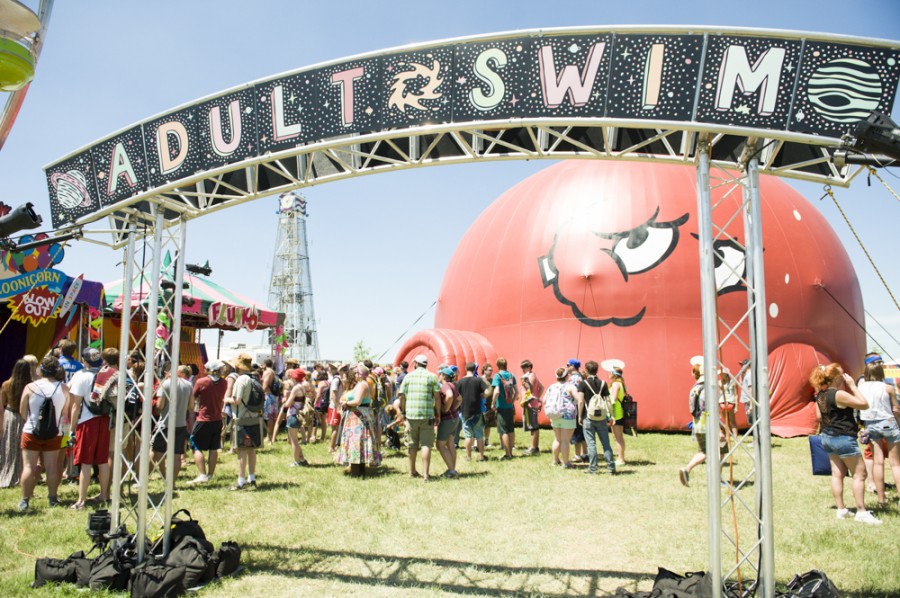 Nestled next to the Fun House, the Meatwad Full Dome Experience will be making its debut at this year’s convention.  This familiar fast-food friend will guide guests on a journey through a mind-fudging interdimensional-space-coaster-love-canal. We are breaking theoretical physics here. Once attendees successfully escape the Dome or Fun House, they will be treated to free, live screen printed t-shirts, photo opportunities, and get to watch as others attempt to break free of the castle.  Free for all fans aged 18 and up, tickets will be distributed at the Fun House and the Dome daily starting at 12:00 p.m. and will be open Thursday, July 24 – Saturday, July 26 from 3:00 p.m. – 10:00 p.m. each night. First Come, First Served. Savvy social fans who use Adult Swim’s official convention hashtag #adultswimSDCC will see their posts and their photos from the Fun House on AdultSwimPresents.com.

Below is a list of Adult Swim series panels, fan events, and signings Thursday, July 24 – Saturday, July 26, 2014.  Events as well as series producers and talent scheduled to appear are subject to change. For continuing information about Adult Swim’s plans at Comic-Con and for real-time updates during the convention, please follow us on Twitter @AdultSwimPR. Adult Swim’s official convention hashtag #adultswimSDCC. Full lineup details: AdultSwimPresents.com.

Adult Swim’s two-time Emmy® winning live-action comedy returns to Comic-Con for a fifth year! Creator and star Rob Corddry (Hot Tub Time Machine, The Daily Show with Jon Stewart) will share an exclusive video sneak peek at season six, and will be joined onstage by select cast for a lively and medically accurate Q&A.  From Abominable Pictures, The Corddry Company and Warner Bros. Television Group’s Studio 2.0, Childrens Hospital will premiere with new episodes in 2015.  Connect with the show on Facebook at Facebook.com/ChildrensHospitalTV.

The fifth annual [adult swim] panel block at Comic-Con will be kicked off with the cult-favorite series, The Venture Bros. Co-creators Jackson Publick and Doc Hammer and the voice of Dr. Venture, James Urbaniak, will take the stage to discuss the upcoming sixth season of their original series and answer fan questions.

The beloved Triumph the Insult Comic Dog and fan favorite Jack McBrayer team up to star in a new live-action original comedy series from Universal Television that is set to premiere in 2015 on [adult swim].  Join co-creator and voice of Triumph, Robert Smigel (Conan, SNL’s TV Funhouse), co-creator Michael Koman (Eagleheart, Nathan For You), and star Jack McBrayer (30 Rock, Wreck It Ralph) as they discuss the new series.

Executive producers Dan Harmon (Community) and Justin Roiland (Adventure Time) invite fans for a behind the scenes look at the upcoming second season.  They will be joined by cast members Spencer Grammer (Greek), and Chris Parnell (Archer).  Ryan Ridley (Community) will moderate the panel.

In this new animated comedy series, Mike Tyson is taking the fight from the boxing ring to the streets … by solving mysteries! Aided by the Mike Tyson Mystery Team — the Ghost of the Marquess of Queensbury, Mike’s adopted Korean daughter and a pigeon who was once a man. If you have a problem that needs solving, Iron Mike is in your corner. Join us for a first look at the new series premiering this fall and panel discussion featuring Mike Tyson, Rachel Ramras (MAD), Jim Rash (Community), and producer Hugh Davidson (The Looney Tunes Show). Childrens Hospital creator and star Rob Corddry (Hot Tub Time Machine, The Daily Show with Jon Stewart) will moderate the panel.

Co-creators/executive producers Seth Green and Matthew Senreich are joined by co-head writer Tom Root, writer/director Zeb Wells, and actor/writer Breckin Meyer to discuss the Emmy-winning series and fan favorite character Bitch Pudding, who gets her time to shine in the all-new Bitch Pudding Special. Come watch a sneak peek of the upcoming special and get your questions answered about the current seventh season, airing Sundays at 11:30 p.m. on [adult swim]. Keith Crofford, vice president of production for Adult Swim will moderate the panel.

Tickets are required for all signings at the Adult Swim Booth #3721. A limited number of tickets will be given out at the booth on the day-of. First come. First served.

Drawings for Warner Bros. signing tickets will be held at 8AM on the day of each signing in the Sails Pavilion. Attendees may start to line up for the limited ticket drawing when the doors open each morning.

Turner Broadcasting System, Inc., a Time Warner company, creates and programs branded news, entertainment, animation and young adult media environments on television and other platforms for consumers around the world.