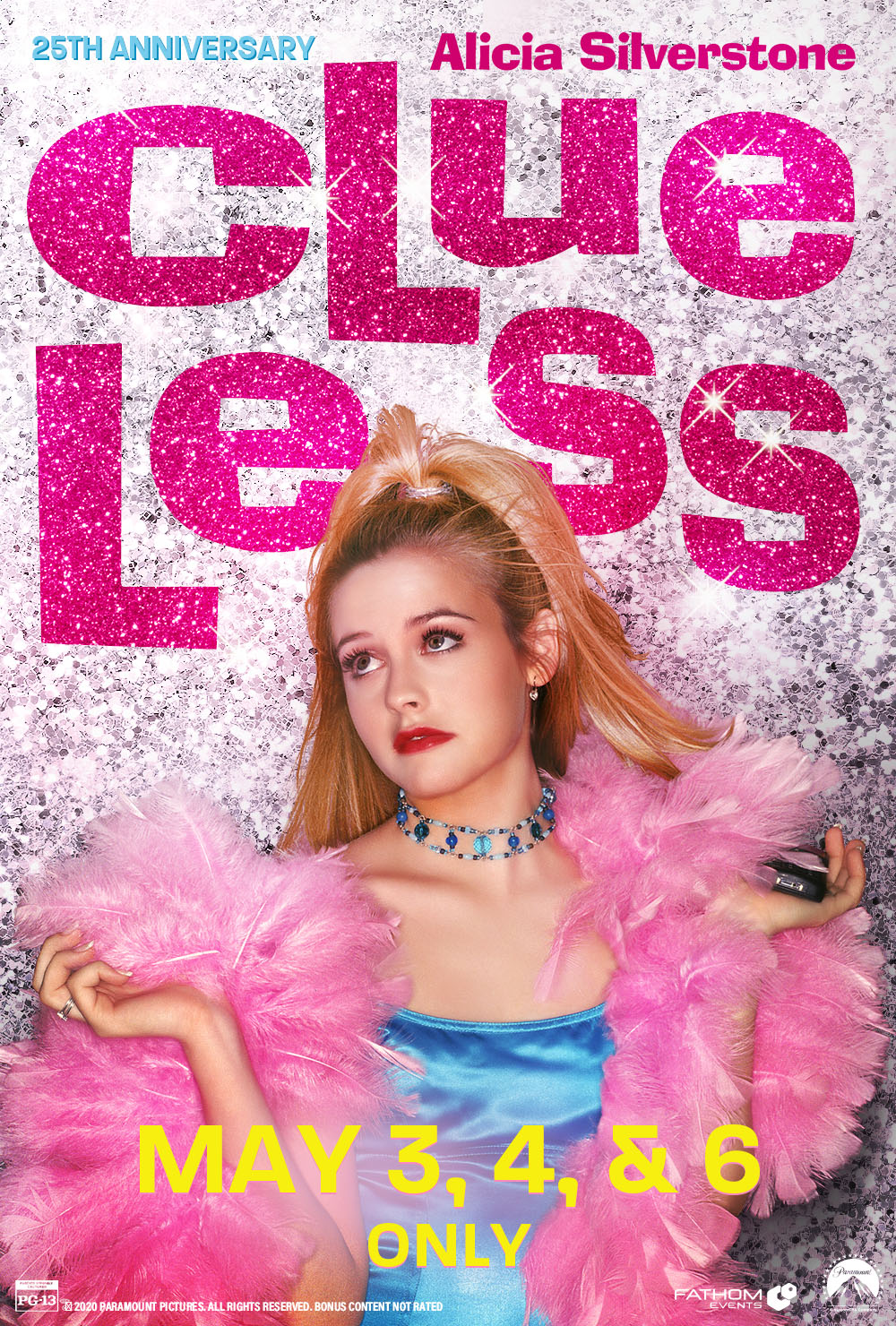 ‘Clueless’ is 25! Would Moviegoers Miss a Big-Screen Party for the Era-Defining Comedy? As If!

It’ll be the phattest high school reunion ever when Cher Horowitz and the Class of 1995 come back to the big screen as Fathom Events and Paramount Pictures celebrate the 25th anniversary of writer-director Amy Heckerling’s film “Clueless” for three days only this May.

“Clueless” will be accompanied by a totally classic featurette about the teen slang (“What-ever!”) created for the film that became part of the American vernacular. “Clueless” will play on May 3 at 4:00 p.m. and 7:00 p.m., then again on May 4 and 6 at 7:00 p.m. both days (all local times) in more than 700 movie theaters nationwide. A full list of theater locations is, like, totally available on the Fathom Events website (theaters and participants are subject to change).

From the start, “Clueless” charmed both audiences and critics, with The New York Times calling it “as eye-catching and cheery as its star,” and Variety hailing it as “a fresh, disarmingly bright and at times explosively funny comedy.”

In the quarter of a century since its release, “Clueless” has become a quintessential part of popular culture – and a movie as cherished as Cher imagines herself to be. Entertainment Weekly included “Clueless” on its list of “New Classics,” and, in 2009, named it one of the best comedies of the previous 25 years. And … hell-o? It gets better: The BBC has ranked “Clueless” as one of the 50 best comedies in movie history.  The film is also available on Digital and Blu-ray.

“Whether you’re seeing it for the first or the hundredth time, Clueless remains one of the funniest and most charming movies – while never losing its satirical bite or wonderful view of the world as it existed 25 years ago,” said Fathom Events VP of Studio Relations Tom Lucas. “We couldn’t be more delighted to bring it back to the big screen if Cher herself had asked us.”