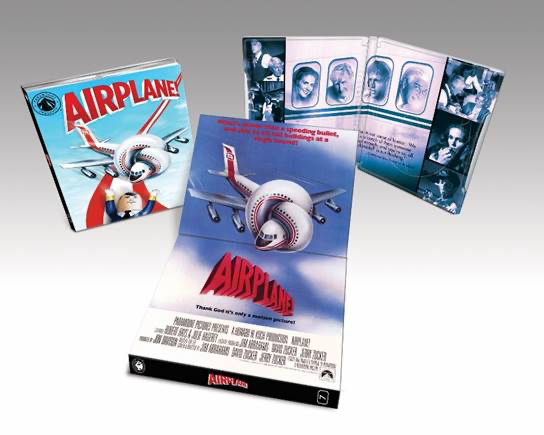 Arrives on Blu-ray™ July 21, 2020 with New Special Features, Including New Interviews with the Directors and a Q&A Recorded at Hollywood’s Egyptian Theater

A masterpiece of off-the-wall comedy, AIRPLANE! celebrates its 40th anniversary in 2020 with a brand-new Blu-ray in the Paramount Presents line, as well as a limited edition Blu-ray Steelbook, both arriving on July 21, 2020 from Paramount Home Entertainment.

Originally released in July of 1980, AIRPLANE! was a major hit and become a pop culture touchstone.  Voted “one of the 10 funniest movies ever made” by the American Film Institute, the film continues to be widely referenced and quoted 40 years after its theatrical debut.

The Paramount Presents Blu-ray and limited edition Steelbook each includes the newly remastered film from a 4K transfer supervised by writers/directors Jim Abrahams, David Zucker and Jerry Zucker, a new Filmmaker Focus on the directors, a new Q&A with the directors recorded at the Egyptian Theater in Hollywood in January 2020, and an isolated music score by Elmer Bernstein.  The discs also include previously released audio commentary with the directors and producer Jon Davison.