WORLDS COLLIDE WITH THE AMAZON PRIME VIDEO EXPERIENCE AT

Fans will be Transported into the Worlds of the Amazon Original Series The Boys, The Expanse and

Carnival Row through an Immersive Activation Designed to Captivate Customers with

Live Performances and Experiences Inspired by the Shows

Parties and The Official Fan Premiere of The Boys

Karl Urban and Jack Quaid from The Boys,

the stars of The Expanse, Undone, The Man in The High Castle and More

LOS ANGELES – June 26, 2019 – Amazon Prime Video today announced plans for San Diego Comic-Con 2019, complete with parties, panels and out-of-this-world experiences for fans of their favorite Amazon Original series, including The Boys, Carnival Row, The Expanse, The Man in the High Castle and Undone. 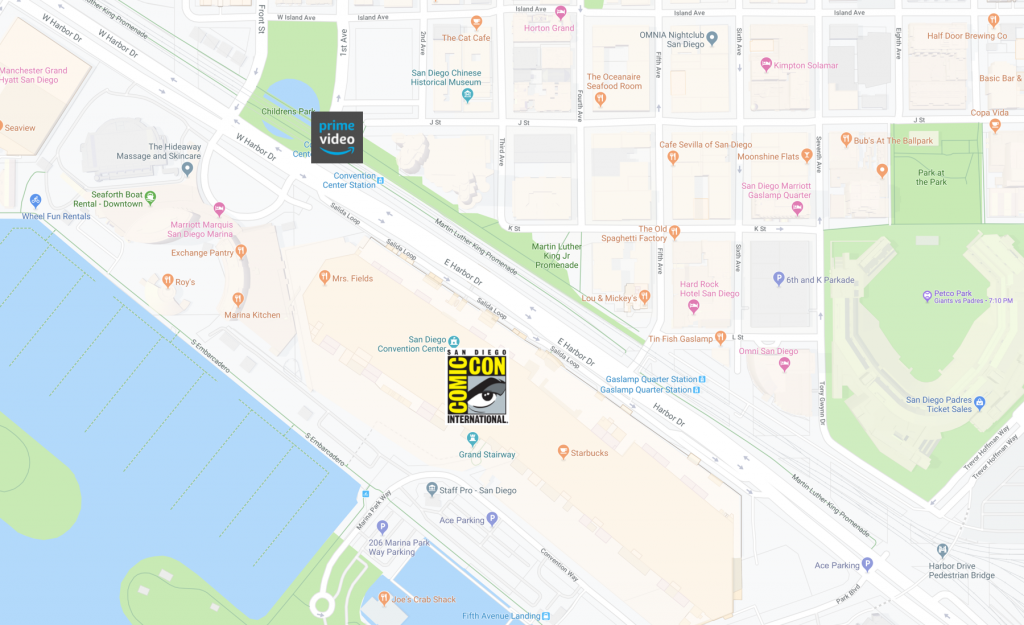 The Amazon Prime Video Experience will celebrate the new Amazon Original series The Boys and Carnival Row, as well as the upcoming fourth season of The Expanse, with an immersive 60,000 square-foot activation located across from the San Diego Convention Center. The Amazon Prime Video Experience will be open from Thursday, July 18 through Sunday, July 21, with a special preview day open to press on Wednesday, July 17.

Located on the corner of MLK and 1st, fanboys and fangirls will be drawn in to the Amazon Prime Video Experience by the sight of a 40-foot tower adorned with giant LED screens that will be playing scenes from The Boys, Carnival Row and The Expanse. Comic-Con attendees will also be treated to live, show-specific performances taking place atop the multi-level tower.

Once inside, attendees will receive collectible gold and silver coins which they can use to further explore the activation. Fans can begin their day covering up the crime scene of a superhero kidnapping at the Audio Visual shop where Hughie works on The Boys. On the opposite end of the space, a Rocinante spaceship is positioned that will take adventure-seekers on a United Nations peacekeeping mission to a newly colonized planet seen in The Expanse. Guests can also discover the Carnival Row universe in which humans and exotic creatures coexist before entering The Forbidden Lounge, a neo-Victorian decorated hideaway venue, to enjoy a special performance. Amazon Prime Video collaborated with LG within the series activations to provide a premiere viewing experience for attendees.

After exploring the shows, guests can escape the summer heat and relax under a tented awning with refreshing beverages and a selection of mouthwatering bites, including Carl’s Jr., which will provide burgers on-site for press and fans as part of The Boys campaign. Cosplayers can even find a Cosplay Photography Corner within the walls of the Amazon Prime Video Experience, where a lifestyle photographer will be onsite to take professional portraits as digital takeaways.

ABOUT: From Raphael Bob-Waksberg & Kate Purdy, the acclaimed creators of BoJack Horseman, comes Undone, a groundbreaking and genre bending animated series, starring Rosa Salazar, about a young woman’s complex journey to unlock her past and solve the mystery of her father’s death. 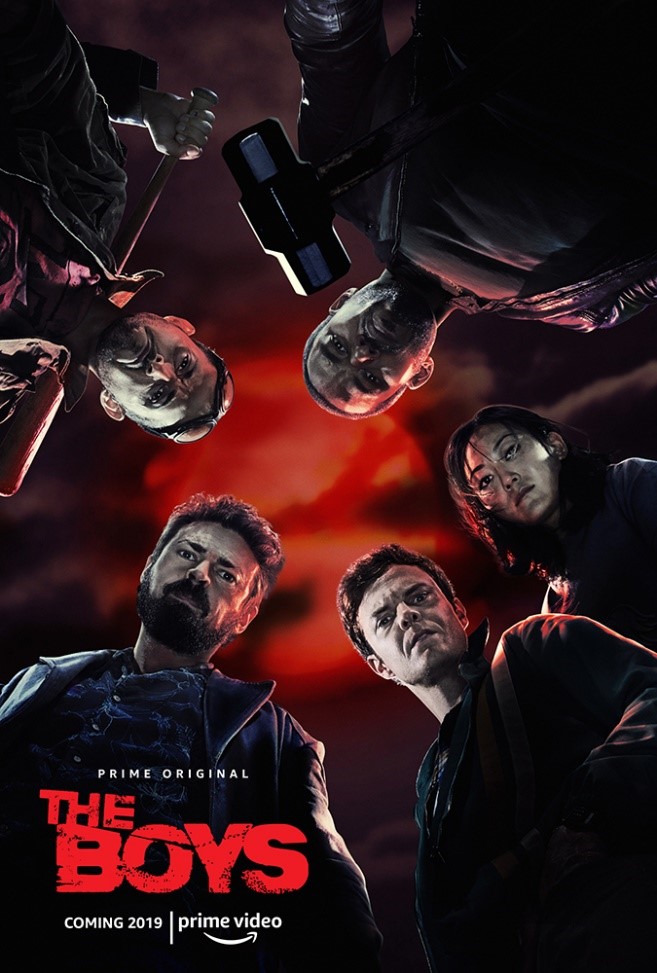 ABOUT: Join executive producers Seth Rogen and Eric Kripke, along with series stars Karl Urban, Jack Quaid, Antony Starr, Erin Moriarty, Jessie T. Usher, Laz Alonso, Chace Crawford, Tomer Capon, Karen Fukuhara, and Elisabeth Shue, with moderator Aisha Tyler, for a behind the scenes look at their upcoming series. Based on The New York Times best-selling comic by Garth Ennis and Darick Robertson, The Boys is a fun and irreverent take on what happens when superheroes – who are as popular as celebrities – abuse their superpowers rather than use them for good. It’s the powerless against the super-powerful as The Boys embark on a heroic quest to expose the truth about The Seven. The series premieres July 26th on Amazon Prime Video.

ABOUT: Join stars Orlando Bloom, Cara Delevingne, David Gyasi, Tamzin Merchant and executive producers Travis Beacham and Marc Guggenheim for a sneak peek and conversation about Carnival Row, moderated by Tim Kash. Set in a Victorian fantasy world filled with mythological immigrant creatures whose exotic homelands were invaded by the empires of man, Amazon Prime Video’s Carnival Row explores how this growing population struggles to coexist with humans — forbidden to live, love, or fly with freedom. But even in darkness, hope lives, as a human detective, Rycroft Philostrate (Orlando Bloom), and a refugee faerie named Vignette Stonemoss (Cara Delevingne) rekindle a dangerous affair despite an increasingly intolerant society.

ABOUT: Calling all Earthers, Belters and Martians, The Expanse is making its return to Comic-Con this summer!  The series has had an incredible journey since San Diego last saw the Rocinante crew. They return with news from beyond the Ring Gate and from their new home – thanks to help from the fans – as an Amazon Prime Video series.  Join series stars Steven Strait, Wes Chatham, Shohreh Aghdashloo, Frankie Adams, “Friend of the Saturday Morning Cereal Show” Cas Anvar, Dominique Tipper, and executive producers Naren Shankar and Ty Franck to get an early look at what’s to come when Season 4 drops on Prime Video later this year.

SERIES: The Man in the High Castle

ABOUT: With the 4th and final season of The Man in The High Castle premiering this fall on Amazon Prime Video, the series’ cast and creators, including Isa Dick Hackett, Daniel Percival, David Scarpa, Rufus Sewell, Joel de la Fuente, Jason O’Mara, Chelah Horsdal and Frances Turner, with moderator Dominic Patten, will take fans behind the scenes as the resistance becomes a full-blown rebellion.

What: Dedicated to our fellow humans born on the Asteroid Belt, this party will feature cosmic cocktails and delicious eats that are out of this world. Attendees will dance the night away with select cast members of The Expanse.

Important Info: For our parties, 21+ to attend, ID required.

What: Cast & creators of The Boys will join fans for an exclusive 2-episode sneak preview ahead of the series premiere.

Important Info: For our parties, 21+ to attend, ID required.

The series is rated MA.

Carnival Row: Come As You Are Party

What: Come as you are! Whoever you choose to be, your individuality will be celebrated at this closing celebration of the 50th Annual San Diego Comic-Con. As you enjoy a drink, or a few, be on the lookout for characters from Carnival Row, enjoy a sneak peek of the upcoming series, and dance to a live DJ performance.

Important Info: For our parties, 21+ to attend formal ID required.

Visit a secret Victorian lounge where the oppressed are given a safe haven from the world outside, based on Carnival Row 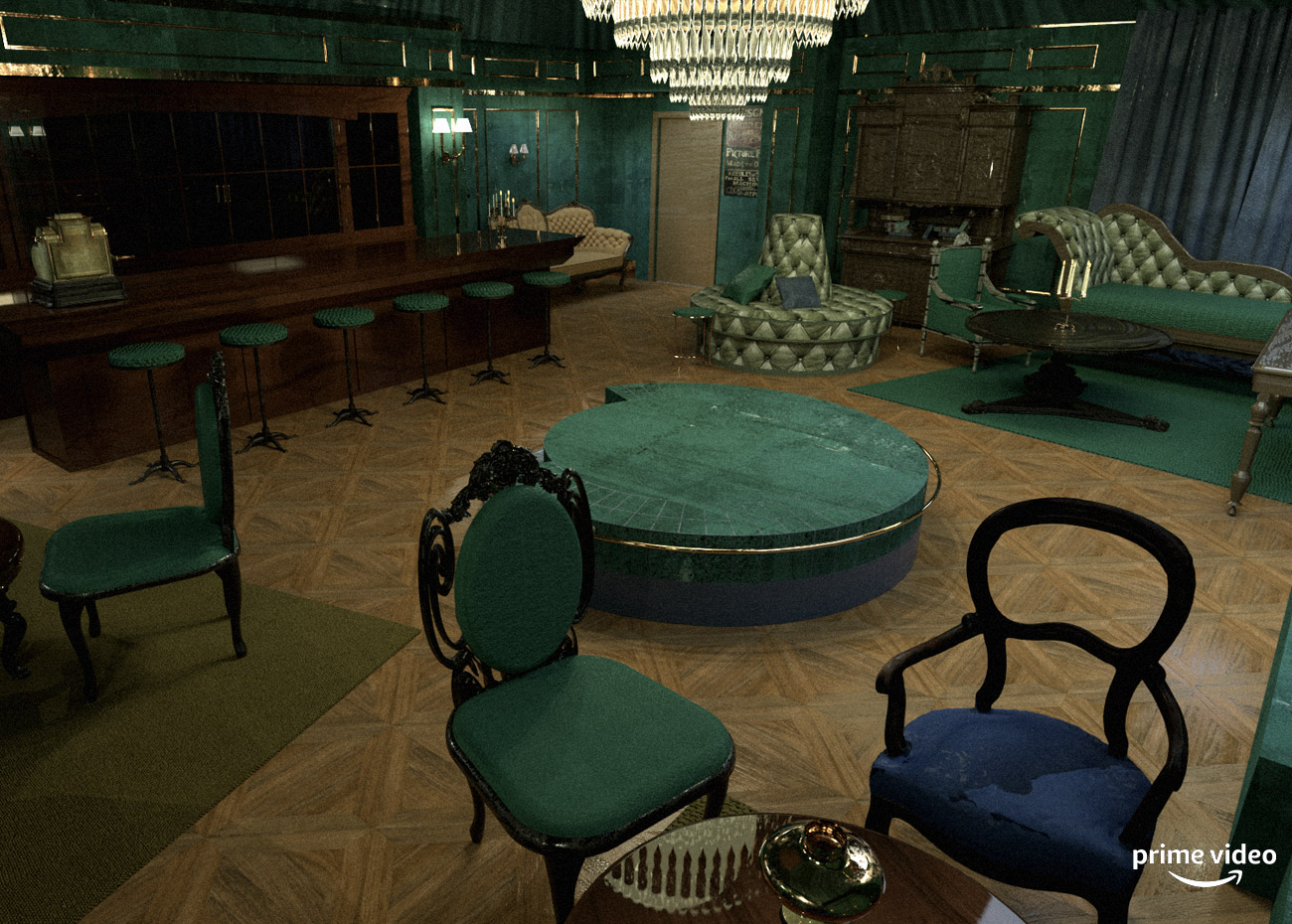 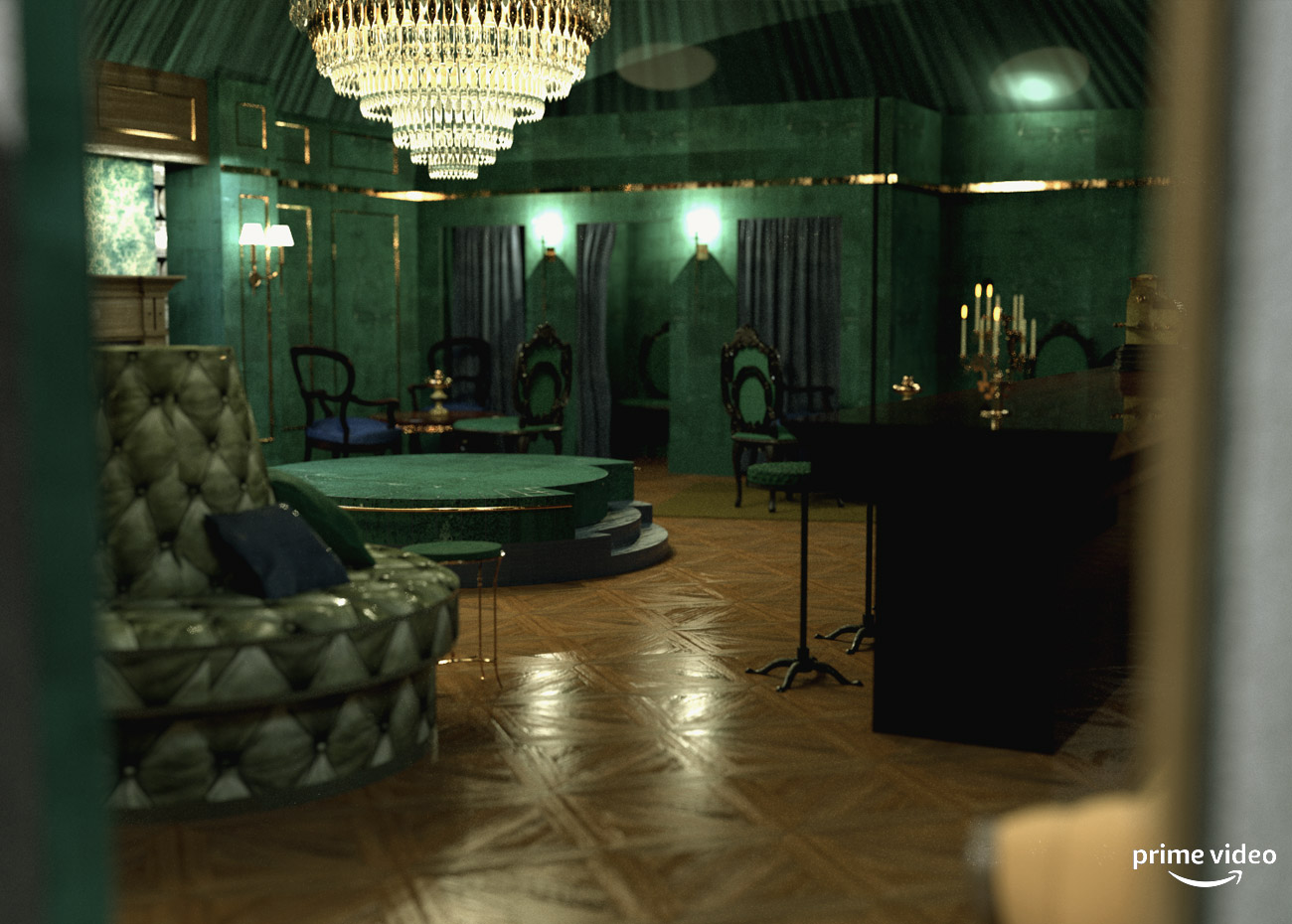 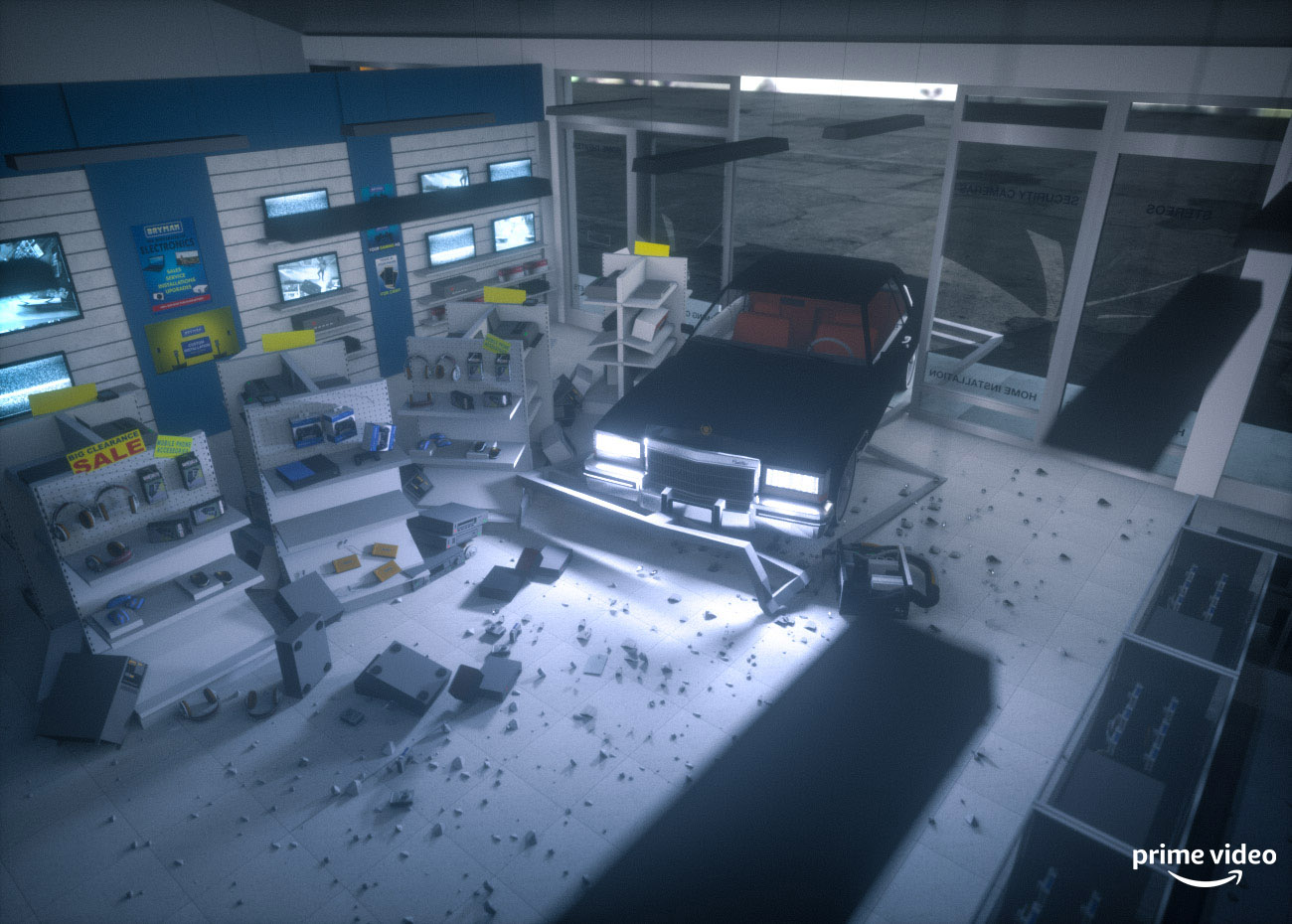 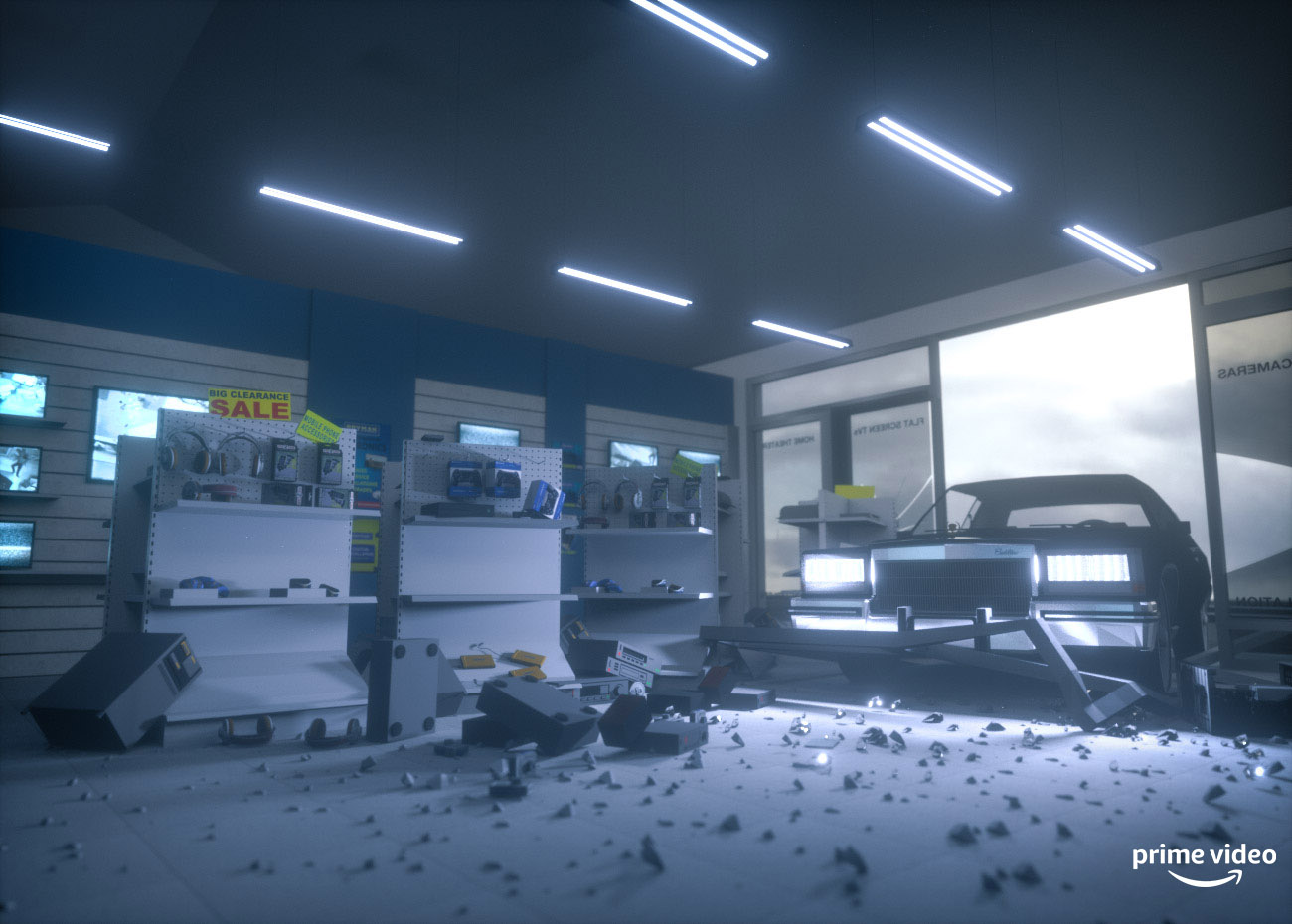 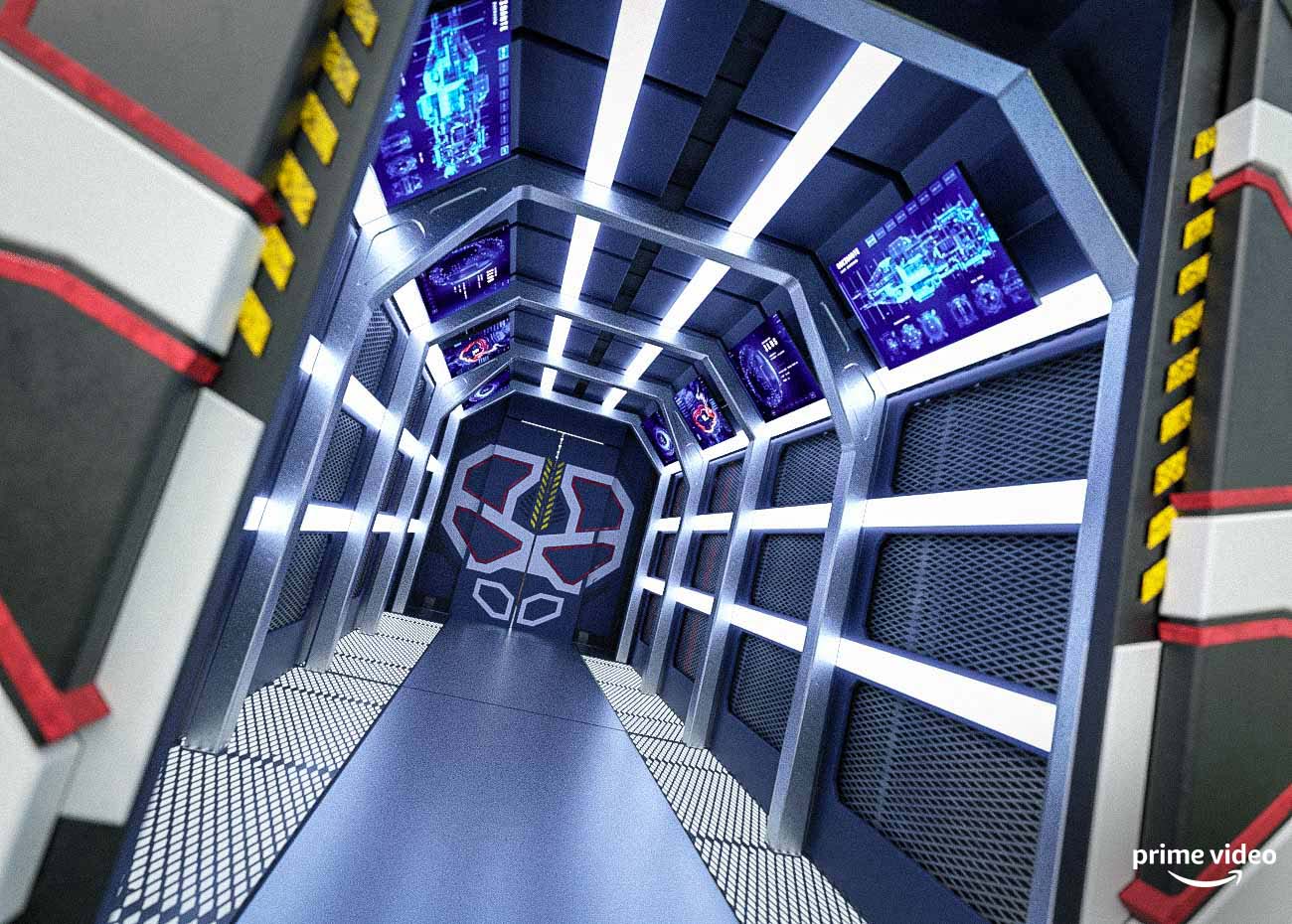 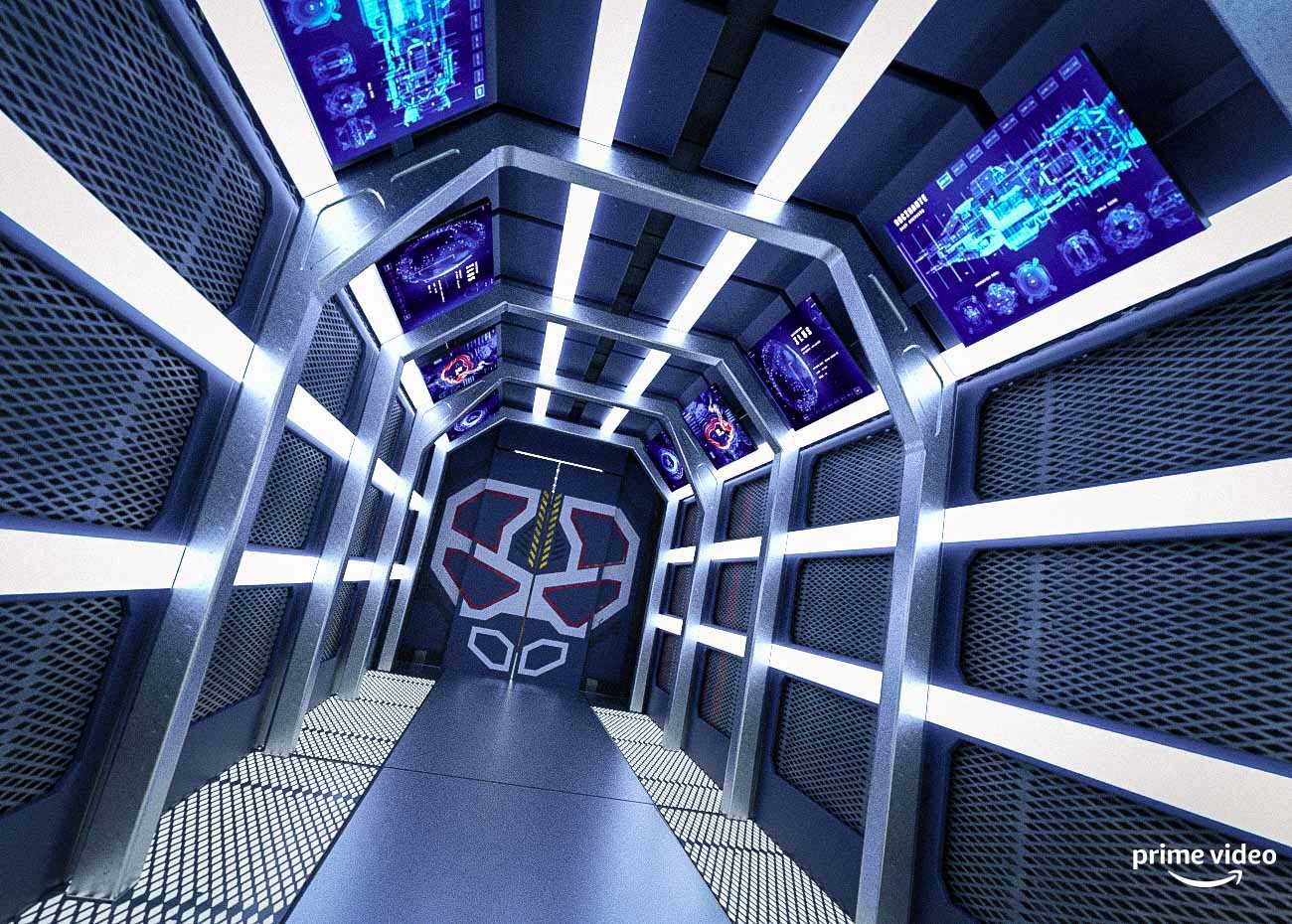