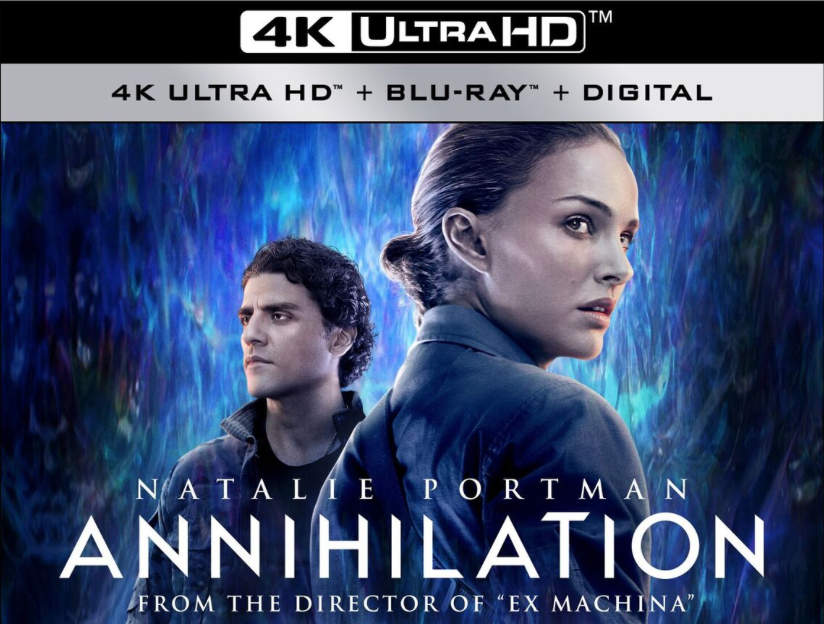 Biologist and former soldier Lena (Academy Award® winner* Natalie Portman) is shocked when her missing husband (Oscar Isaac) comes home near death from a top-secret mission into The Shimmer, a mysterious quarantine zone no one has ever returned from. Now, Lena and her elite team must enter a beautiful, deadly world of mutated landscapes and creatures, to discover how to stop the growing phenomenon that threatens all life on Earth.  The film also stars Jennifer Jason Leigh, Gina Rodriguez, Tessa Thompson, and Tuva Novotny.

The ANNIHILATION Blu-ray Combo Pack includes over an hour of bonus content. Natalie Portman, director Alex Garland and other cast and crew take viewers behind the scenes for a deeper look inside the film’s stunts, intricate set design and breathtaking visual effects. The Blu-ray also boasts a Dolby Atmos® soundtrack remixed specifically for the home to place and move audio anywhere in the room, including overhead‡. 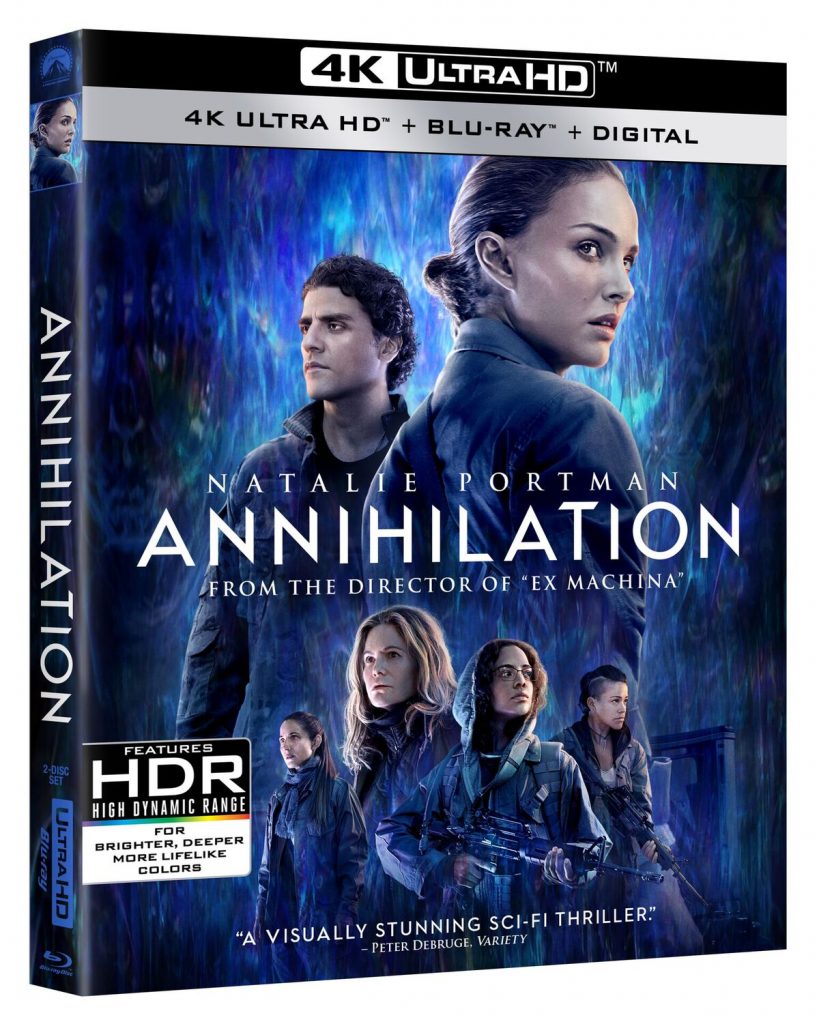