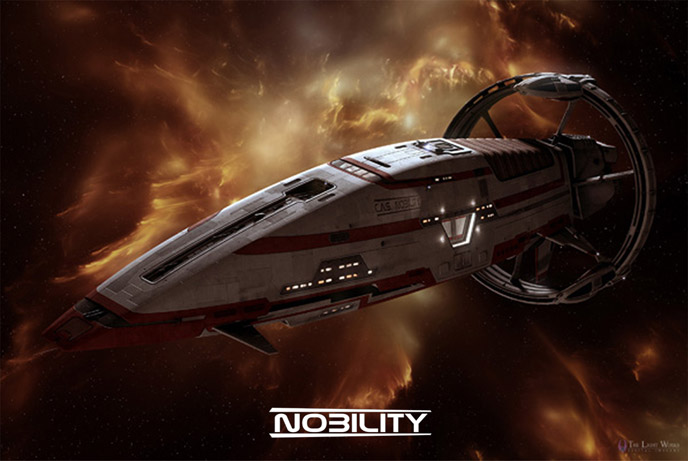 The crew at Saturday Morning Cereal is proud to announce that our favorite Sci-Fi Series finally has a home!

(Los Angeles, CA) – Executive Producer E.J. De la Peña’s Cowboy Errant launches their sci-fi dramedy, NOBILITY, today on AmazonPrime – bringing with it a fresh direction to the sci-fi genre.
“For more than fifteen years, science fiction storytellers have been obsessed with post-apocalyptic fiction,” De la Peña says. “But fans have been craving something familiar while revolutionizing the way we experience the genre.”
Enter NOBILITY. Heralded as “Firefly” meets “The Office” with a “Star Trek” twist, the series showcases unlikely, quirky heroes who, at times, can be anything but noble.
“It’s a whole new universe,” explains De la Peña. “The characters are nuanced and the drama complements the intelligent comedy, perfectly.”

#  #  #
ABOUT NOBILITY
Produced by Cowboy Errant, NOBILITY takes place 700 years in the future as Humanity’s failing government tries to show what it has to offer by doing a documentary on its flagship, the C.A.S. Nobility – Humanity’s most powerful starship with a crew that’s well, anything but noble. However, while these aren’t the heroes they were looking for, they may be the heroes Humanity needs.Learn more at: www.nobilityseries.comABOUT COWBOY ERRANT
Cowboy Errant is dedicated to creating high-quality science fiction content – the kind of content that audiences crave but hardly ever see. By organizing with the fan community via social media, Cowboy Errant works with fans to create the products that they want to see. “Are you ready to joint the Revolution?” For more information, go to: www.cowboyerrant.com