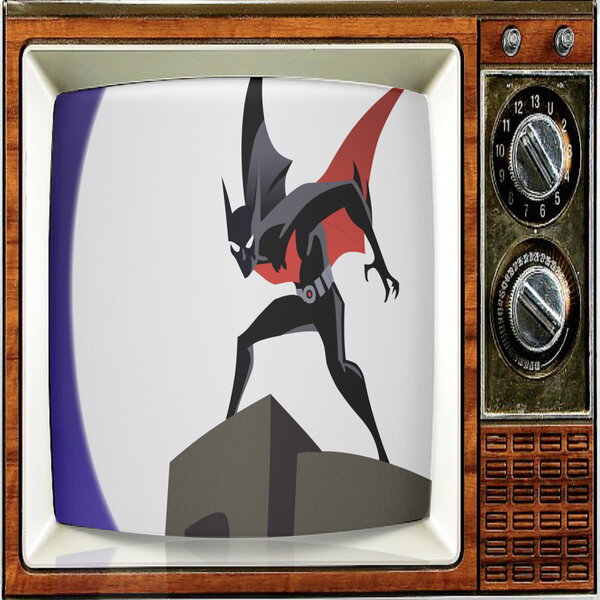 Take some time this week to remember your original happy hour: Saturday mornings as a kid, waking up at dawn, jumping on the couch with a bowl of chocolate cereal, turning on the ‘toons, tuning out the outside world, and working your way into a sugar hangover before noon. This week we celebrate the 80th anniversary of Batman’s comic debut by talking the latest DCUA tome Batman: Hush, and also Batman: Beyond – now celebrating it’s own 25th anniversary!

Way back in July at SDCC 2019, we attended the world premiere of Batman: Hush and chatted with the voices of Batman and Nightwing for the “Tucker-verse”, Jason O’Mara (Man in High Castle) and Sean Maher (“Simon” in Firefly), tell us about the film and the evolution of their own respective Bruce Wayne and Dick Ward. We also present our chat with past and future guest, legendary Batman voice actor Kevin Conroy. Kevin shares his thoughts on 25 years of Batman:Beyond and what it’s like to play Bruce Wayne at two different stages of his life.

Out of the Batcave and into 3-Palms Studios, your hosts, Grim Shea, Mark E. and Jimmy the Gent guide you thru Hush, discuss the contents of the mega cool blu-ray release of Batman: Beyond, a little bit of our personal Bat-history, and a tease of Kevin Conroy’s LIVE ACTION Kingdom Come Batman in the CW’s Crisis on Infinite Earth’s.

With Matt Reeves’ The Batman currently in production, we are assured that the Caped Crusader will be around for generations to come. His story may change over the years but his influence on fans and the criminals of Gotham will reign for the foreseeable future. Join us in celebrating Batman: Hush, Batman: Beyond, and all things Batman. Plus at least one Robin.

DCAU’s Batman, The Man In High Castle, Agents of S.H.I.E.L.D

Batman Beyond: The Complete Series