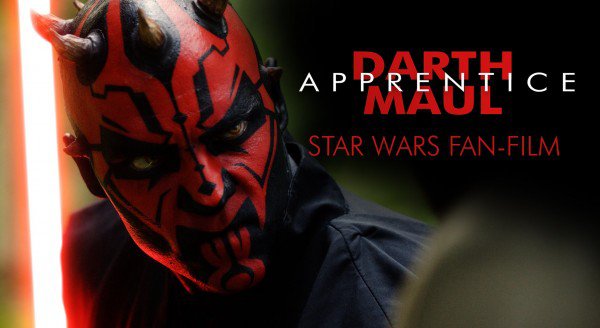 Darth Maul is a bright spot in the Star Wars prequel trilogy that’s snuffed out far too soon. The badassery potential in Maul was evident as soon as the double-bladed lightsaber came to life in The Phantom Menace trailer and fanboys collectively lost their minds. Hollywood ninja Ray Park brought the character to life and changed saber duels forever. Sadly, once Maul was split in half, the villainous prequel replacements consisted of a salty old Sith and asthmatic robot.

Thankfully, Darth Maul has been brought back in the animated Star Wars: The Clone Wars and Star Wars Rebels. Still. I can’t help but shake a fist at his untapped potential on the big screen. I firmly believe the character could have Vader’d his way through the prequels. The Emperor’s first and failed apprentice who was cut down by Anakin Skywalker. See, it’s not that hard, George. But I digress.

A massively talented team at T7 Production put together a fantastic fan film called Darth Maul: Apprentice. It takes place a bit before Episode 1 as Maul is finishing his training. A team of Jedi touch down and stumble upon the would-be Sith. Wonderfully choreographed lightsaber battles ensue over the 18-minute run time with major studio quality special effects. The characters and dialogue feel genuine and belonging to the Star Wars universe. I was enthralled. Coming off the heels of The Force Awakens it was nice to see a fresh take of a character in the prequel universe. At last, Darth Maul has been realized. At last, we have closure.