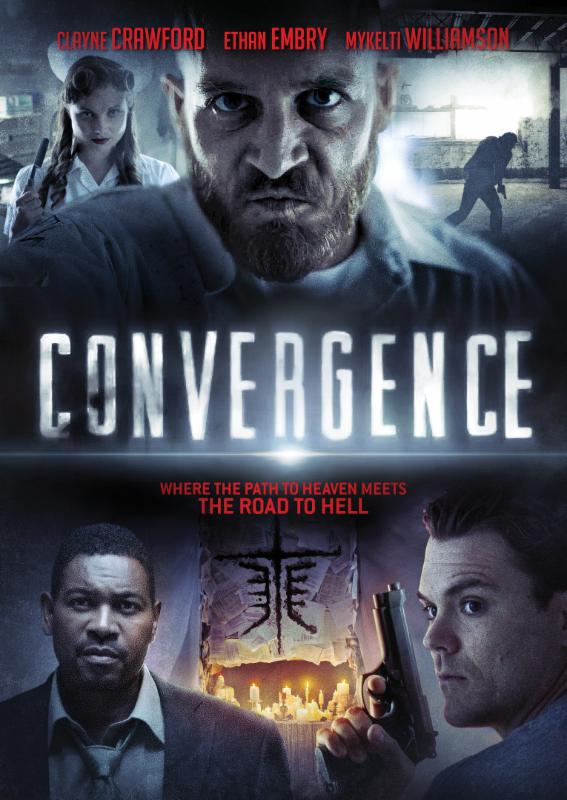 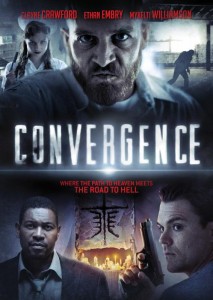 The Shocking Supernatural Drama Set in a Mysterious Hospital
In Select theaters February 5, 2015
On Digital Download, Blu-ray & DVD on February 9, 2016
“An incredible film… balls to the wall excellent.”
– Jamie Hall, Fraking Films
A detective on the trail of a terrorist finds himself in a supernaturally charged trap where all the rules of police work go out the window in director Drew Hall’s eerily atmospheric and provocative CONVERGENCE. The film arrives in select theaters on February 5, 2016 and  on Digital Download, Blu-ray & DVD on February 9, 2016.
Detective Ben Walls (Clayne Crawford, Rectify, A Walk to Remember) lives a quiet life with his wife and newborn daughter. But he’s called into action after an explosion at a local women’s health clinic – and explosion that may be the work of a terrorist bomber Ben has been tracking. While investigating the scene, another shocking event lands Ben himself in the hospital. When he awakens he is surprisingly uninjured and ready to go back into the field. But at the behest of his captain (Mykelti Williamson, Forrest Gump, Con Air) and the hospital’s few but eerily incongruous patients and staff, Ben is forced to remain inside the building.
As Ben navigates the hospital’s alarmingly empty hallways, he soon finds himself hunted by a self-proclaimed avenging angel (Ethan Embry, Eagle Eye, Vacancy), who may be the terrorist he has been looking for, and haunted by apparitions whose deadly motives remain a mystery. As Ben’s sense of reality begins to spiral out of control and the demons that surround him close in, he must find a way to both stop the supernatural forces that want him dead and catch the bomber before he strikes again.
A modern-day myth about redemption that’s equal parts crime thriller, supernatural horror and action spectacle, CONVERGENCE will keep you guessing at every turn of its twisting plot right up until the last shocking frame.
Also starring in this gripping and unsettling film are Chelsea Bruland (Left Behind), Gary Grubbs (JFK), Laura Cayouette (Django Unchained) and Catalina Soto-Aguilar (Sons of Liberty).
OneFilmFan.com said CONVERGENCE “successfully transcends its genre with potent thematic elements about faith, forgiveness, and grace and can be a sobering reminder about our own choices and humanness.” Jamie Hall of Fraking Films called it “brilliantly directed, terrifically acted.”
About Dark Sky Films
Dark Sky Films is an independent film production and distribution label founded in 2008, working with emerging talent as well as established veterans to develop, package, produce and finance feature film and episodic television projects. Representing films from some of the most talented directors working today, such as Ti West’s The House of the Devil and The Innkeepers, and Jim Mickle’s Stake Land, Dark Sky continues to identify original talent and projects to bring a vibrant slate of films to the world market, with such recent productions as We Are Still Here, Deathgasm, Applesauce and Cherry Tree.