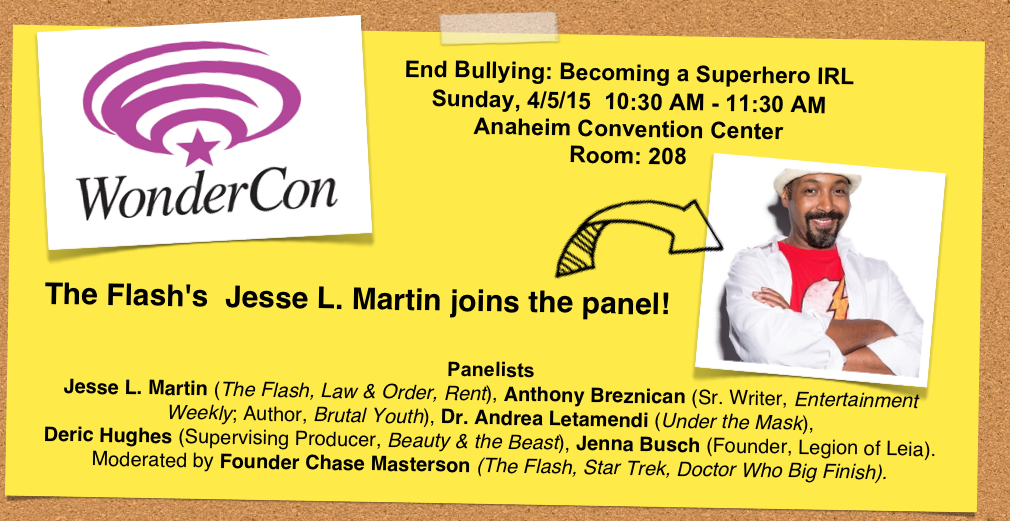 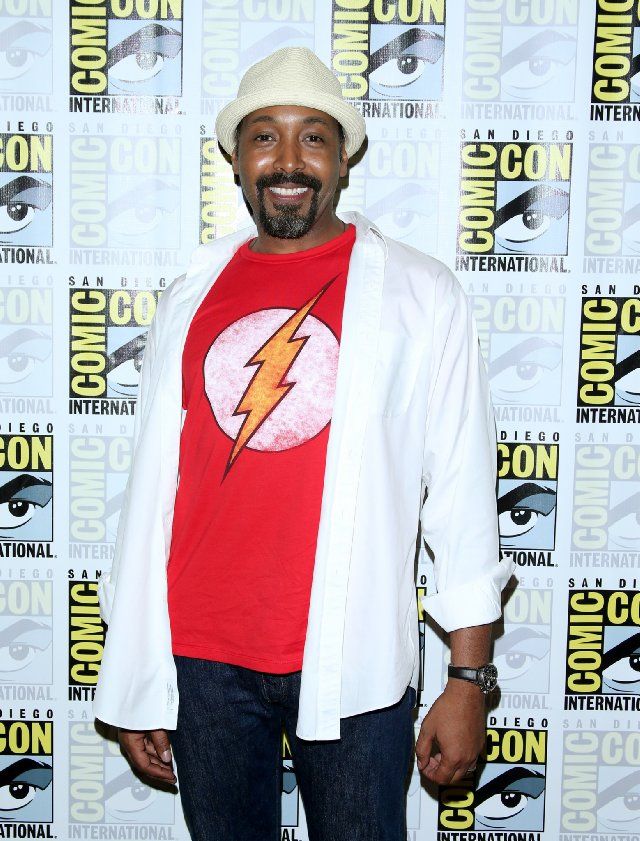 Los Angeles, CA, March 31, 2015 – Learn how to convert kryptonite into your own personal strength with Pop Culture Anti-Bullying Coalition’s powerful panel, back at WonderCon at the Anaheim Convention Center by popular demand.

Topics of discussion will include geek, cyber, and LGBT-bullying, becoming a hero IRL, and analyzing how media affects our attitudes toward bullying and aggression. There will be a Q&A.

The unprecedented Coalition, which is all-volunteer and self-funded, was formed in 2013 by Chase Masterson and author Carrie Goldman (Harper Collins’ Bullied: What Every Parent, Teacher, and Kid Needs to Know About Ending the Cycle of Fear).

“We love superheroes — why not be one?” asks Masterson, who has mentored bullied kids coming out of gangs at Homeboy Industries since 2008. “We’re not just here to make a stand against bullying. Everybody knows that needs to stop. We’re creating a safe, go-to place where teens, kids and adults can find strategies, support, healing and answers.”

President Hausmann concluded, “It is a human right to live lives free of hate, violence, and ignorance — the three legs of the bullying stool. The United Nations as a global body enacted in local contexts supports efforts not only regarding anti-bullying, but pro- openness, pro-understanding, and pro-empathy. It takes dedicated individuals like Chase Masterson and Carrie Goldman, who tirelessly volunteer to promote this important cause, to unite us to stand up against bullying and discrimination. We, the UNA-USA San Diego are proud to support their invaluable works with and through the Pop Culture Anti-Bullying Coalition.”

“We’re standing for nothing less than a cultural revolution,” added Masterson. “In approaching this crucial issue through pop culture, we stand to make paradigm shifts in society through the hearts, minds and actions of young people, toward creating a culture of inclusivity, without identity-based bullying, racism, misogyny, homophobia or other forms of hate.”

“In our digitalized, media-driven society, pop culture has a constant influence on the way that both children and adults interpret the world. When kids see celebrities take action against bullying, it resonates strongly and sends the message that cruelty is not acceptable,” says Goldman.

WonderCon, one of the undisputed epi-centers of the pop culture universe, draws over 60,000 fans to the Anaheim Convention Center. Pop Culture Anti- Bullying Coalition breaks unprecedented ground in bringing this crucial issue to the heart of the Con’s entertainment-driven conversations.

“Nothing short of a Justice League.”
The Good Men Project