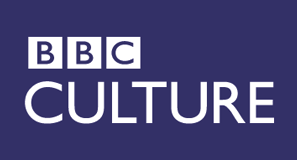 “ARE HEROES BORN OR MADE?”

Are Heroes Born or Made?

BBC Worldwide North America is the main commercial arm and wholly-owned subsidiary of the British Broadcasting Corporation (BBC) operating in the U.S. and Canada. The company exists to maximize the value of the BBC’s assets for the benefit of the UK license payer and invests in public service programing in return for rights. The company operates four businesses in the territory – linear and digital content sales and co-productions, consumer products, BBC.com, and two production divisions – BBC Worldwide Productions, responsible for the smash hit Dancing with the Stars and the U.S. version of Top Gear; and Adjacent Productions, producers of Da Vinci’s Demons, Life Below Zero, and Ladies of London, among others. The company also owns a 50.1% share in cable channel BBC AMERICA through a joint venture with AMC Networks.