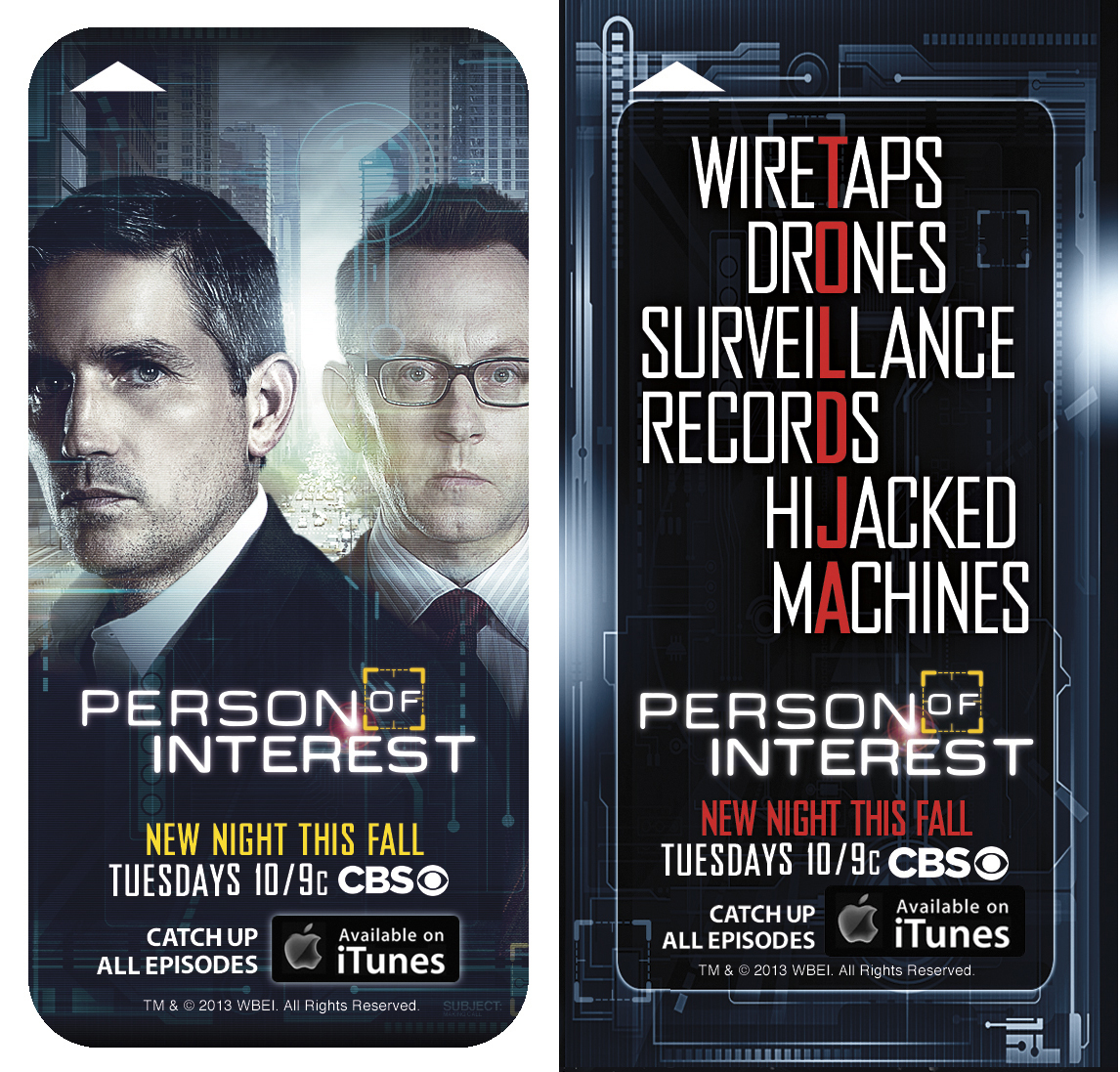 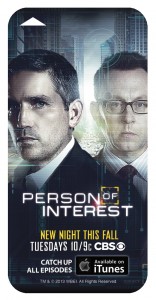 Proving that there is no place that the Machine cannot access; it is now infiltrating your hotel room. You are most definitely being watched.

For Comic-Con 2013, the hit Warner Bros. Television/CBS action-crime drama Person of Interest will be featured on limited-edition collectible keycards R12; with two separate designs R12; at top hotels throughout the San Diego area during the convention. Nearly 40,000 branded room keys will be available to fans at nearly 30 participating hotels, courtesy of Warner Bros. Worldwide Television Marketing.

And one keycard could be seen as a response to those who may have suggested that Person of Interest R12; which posits a world in which a highly sophisticated, all-seeing surveillance program could track the whereabouts of virtually anyone, anywhere, following our every move R12; was a bit of science fiction. In light of recent revelations in the news, including this Time article, pardon the producers if they say they told you soR30;

This marks this sixth consecutive year that Warner Bros. has been the official Comic-Con hotel keycard sponsor R12; and the first time that a single show has been selected to make its presence known R30; virtually everywhere!

Person of Interest returns for its third hotly anticipated Comic-Con panel session on Saturday, July 20, with executive producers Jonathan Nolan and Greg Plageman joining members of the cast (attendees to be announced)

Fans of the show can now catch up on the first two seasons on digital download (in standard and high definition) through all online retailers, including iTunes and Amazon Instant Video. Additionally, the complete second season of Person of Interest will be available on Blu-ray��Combo Pack and DVD on September 3, 2013.

Person of Interest returns for a third season on September 24, airing on a new day and at a new time: Tuesdays at 10/9c on CBS 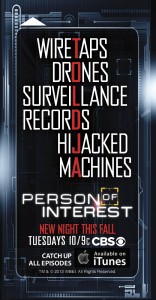 About Person of Interest

Winner of the 2012 PeopleR17;s Choice Award for Favorite New TV Drama, Person of Interest stars Jim Caviezel (The Thin Red Line, The Prisoner) as John Reese, a former CIA agent who teams up with reclusive billionaire and computer genius Harold Finch, portrayed by Emmy� winner Michael Emerson (Lost). The crime thriller follows Reese and Finch as they set out to prevent violent crimes with high tech surveillance and their own brand of vigilante justice. ReeseR17;s special training in covert operations appeals to Finch, a software genius who invented a program R12; aka the Machine R12; that can identify people soon to be involved in violent crimes. Tapping into ubiquitous surveillance feeds throughout the city, the two work outside of the law, combining ReeseR17;s black ops skills with FinchR17;s technological prowess and unlimited wealth to unravel the mystery of the person of interest, and stop the crime before it happens.

ReeseR17;s actions draw the attention of the NYPD, including by-the-book homicide Detective Joss Carter (Academy Award� nominee Taraji P. Henson R11; The Curious Case of Benjamin Button) and the morally compromised Detective Lionel Fusco (Kevin Chapman R11; Mystic River). With infinite crimes to investigate, Reese and Finch find that the right person, with the right information, at the right time, can change everything.

For additional information about Warner Bros. Television activities at Comic-Con, follow us on Twitter @TheWBdotcom (hashtag #WBSDCC) and visit www.thewb.com/comiccon.