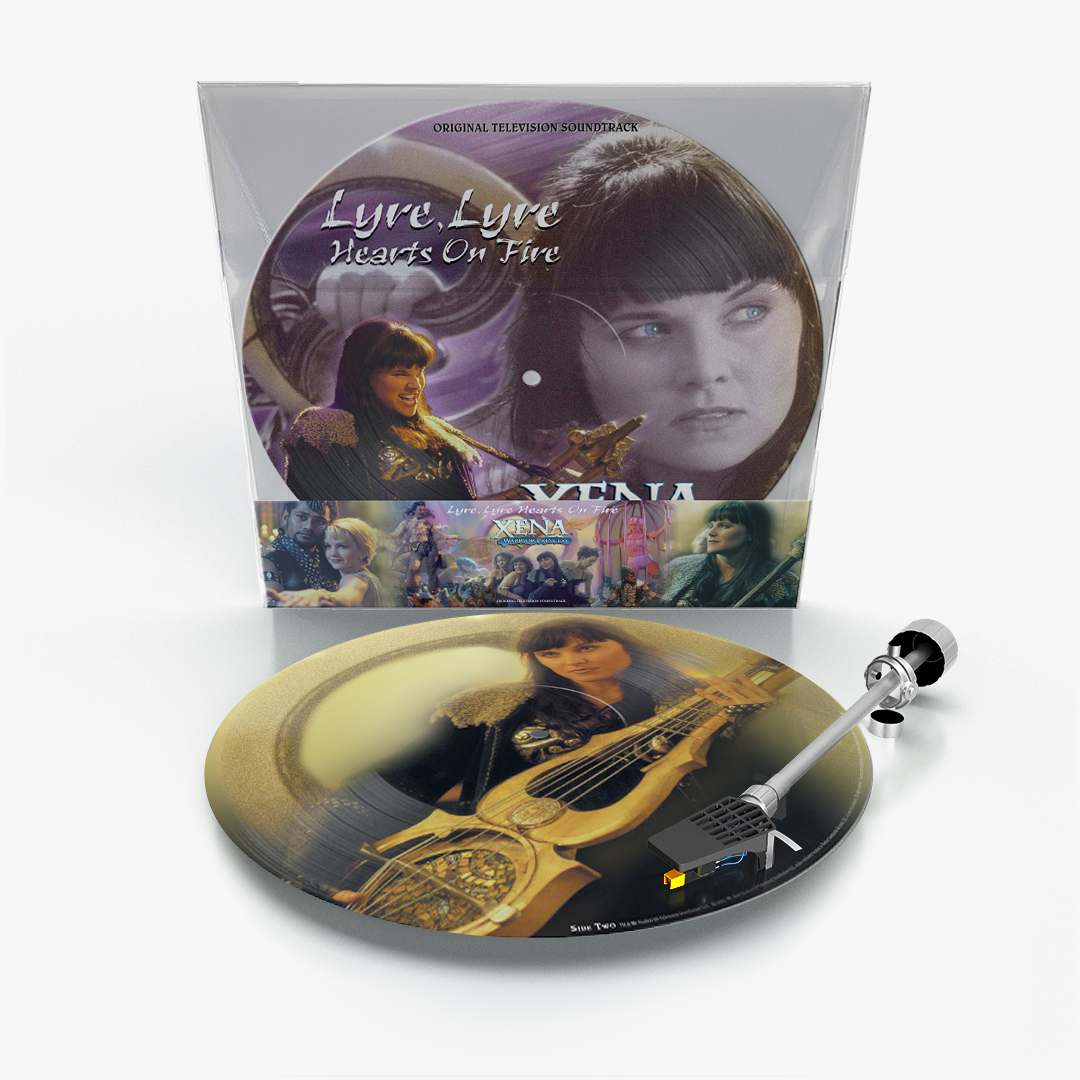 (June 17, 2020—Los Angeles, CA)—Varèse Sarabande Records announces the exciting first-time ever LP release of Xena Warrior Princess: Lyre Lyre Hearts on Fire—Original Television Soundtrack, which will be available on August 7, 2020. The LP packaging includes a double-sided picture disc in a clear sleeve with a full-color folded insert. Pre-order for the LP is available today, June 17, on VareseSarabande.com.

The first-time vinyl release of the original soundtrack to Season 5’s beloved musical episode, “Lyre Lyre, Hearts on Fire,” includes songs sung by cast members—most notably Lucy Lawless, who plays the lead character of Xena: Warrior Princess. The album includes Lucy Lawless’ versions of “People Got to Be Free,” “Sisters Are Doin’ It for Themselves,” “There’s Always Something There to Remind Me” and “War,” all of which are regarded as iconic staples by hardcore Xena fans.

The score portion of the soundtrack is attributed to Emmy®-winning composer Joseph LoDuca, who scored the entire Xena series. LoDuca’s career credits include two Emmy® Award wins from 11 nominations, as well as a César Nomination for the French film Brotherhood of the Wolf (2001). He’s also widely known for creating the music for the Evil Deadfilm series (including Army of Darkness), as well as the soundtracks for the highly rated syndicated TV series Hercules: The Legendary Journeys and more recently, The Librarians.

Xena: Warrior Princess’ syndicated rights are currently being exercised by the Syfy network, with blocks of shows running each Thursday, hosted by Lucy Lawless. The series will continue airing until all 134 episodes are complete.

1. “Sisters Are Doin’ It For Themselves” (Performed by Lucy Lawless and Gillian Iliana Waters) (2:47)